Home » From Russia to China, foreign interference is putting European security and values at risk
By    Geopolitical Monitor      March 2, 2021 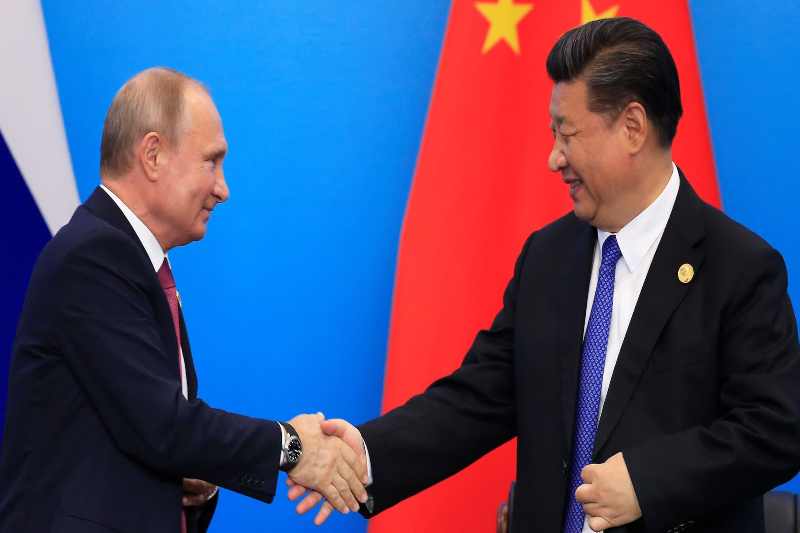 From Russia to China, foreign interference is putting European security and values at risk

Europe is continually threatened by countless state and non-state actors who interfere within the Union’s decision-making processes through media and disinformation campaigns. For this reason, the Commission and the EU Parliament have established the introduction of a special committee, the EP Special Committee on Foreign Interference in all Democratic Processes in the European Union, including Disinformation. The new body will have the task of protecting democracy and EU interests.

Foreign interference poses a real threat to the European Union, to its Member States, and to the open societies around the globe. It is a very intentional and coordinated attempt to undermine trust, and to mislead and manipulate, targeting the EU. According to High Representative and Vice-President Josep Borrell, that comes in many different and creative shapes. “I have to recognize that people who do that are very creative, online and offline, across borders and affecting many sectors”. Borrell pointed out, speaking yesterday before the new-established committee.

The propaganda of third State actors, from the Gulf to Russia, is a new kind of threat to European global security. “And it is requiring a robust response and close cooperation between our different institutions, public and private entities, and with our like-minded allies,” Borrell added. The COVID-19 pandemic has been providing a concrete showcase, as it has been a real testing ground for new hybrid tactics. Different state and non-state actors are trying to abuse the global health crisis to advance their political or economic goals.

Hybrid campaigns have been targeting the European democratic values, information space, and even critical infrastructure in an attempt to weaken societies and democracies. “That is what we call a battle of narratives. It has been emerging and it has been increasing for us with mask scarcity and now, today, with vaccine scarcity.” The EU Special Representative explained that there are actors, like Russia, that have been disseminating and amplifying false or misleading information with an intention to undermine trust, denigrate our democratic credentials, or weaken our international alliances.

Why Iran Dominates Geopolitical Muscle For Russia, China, and India

Others, China can be an example, distort the information, silence the independent and critical voices, and make their own voice louder, intimidating others and reducing the space for free and open debate. You can say that “well, this is just propaganda”. There is a border between propaganda and disinformation. For the EU, these campaigns are particularly harmful in the context of the pandemic, because they can actually put lives at risk, like the narrative about chlorine serving as a cure to the virus. We have seen pro-Kremlin outlets spreading claims that wearing masks is useless or amplifying voices against lockdown measures. The COVID-19 vaccines and the so-called ‘vaccine diplomacy’ have been the focus of such actions recently, with some actors – in particular, once again, Russia – either trying to discredit Western vaccines and vaccine manufacturers while promoting their own or using the offer of preferential distribution of their own vaccine in third countries to gain geopolitical leverage.

For example, pro-Kremlin media have been reporting extensively about alleged side effects of people, even dying, after receiving the Pfizer/BioNTech doses.

Borrell affirmed that this threat does not only originate from the usual suspects. “I have to recognize that in recent weeks this Committee has also been looking more closely at a number of different actors: Iran, Syria, ISIS.” He stressed, stressing that it is not only a problem within the European Union, but also affects its partners and interests worldwide, from the Western Balkans and the Eastern and Southern neighborhoods to Africa, Latin America, and Asia. Disinformation has become an ‘industrial scale’ problem with more and more players using these strategies in different forms and in different scales.

Over the past years, the EU has put in place new structures and innovative approaches to detect and expose disinformation, starting with the work of the Strategic Communication Task Forces – StratCom – in the European External Action Service (EEAS), implementing a mandate from the European Council that many years ago authorized the EEAS to work on disinformation, starting with Russia.

Then Europe has the Rapid Alert System, connecting all relevant EU institutions and the Member States. It has also proven to be very useful, particularly since the outbreak of the COVID-19 pandemic. This platform facilitates the sharing of insights, data, and best practices on disinformation campaigns and the coordination of the Union response. It has also conducted workshops to counter disinformation with civil society representatives and journalists from Libya and Syria. Together with fact-checkers, civil society and media organizations in Georgia have been helped to raise awareness on foreign disinformation. It has supported studies on disinformation and conferences on media literacy in the Western Balkans.

In July and October last year, the European Union imposed for the first-time sanctions on individuals and entities responsible for significant cyber-attacks, including those that targeted the heart of the German democracy, the Bundestag. Drawing on these lessons learnt, Borrell will also work to develop further the European Union’s toolbox for countering foreign interference, with new instruments that will have to be designed together with the Member States and the Commission, promising sanctions for the perpetrators and principals of these disinformation campaigns in Europe.

For America, The Pandemic Storm Has Not Passed
Beijing steps up efforts to increase global influence
Subscribe
0 Comments
Inline Feedbacks
View all comments