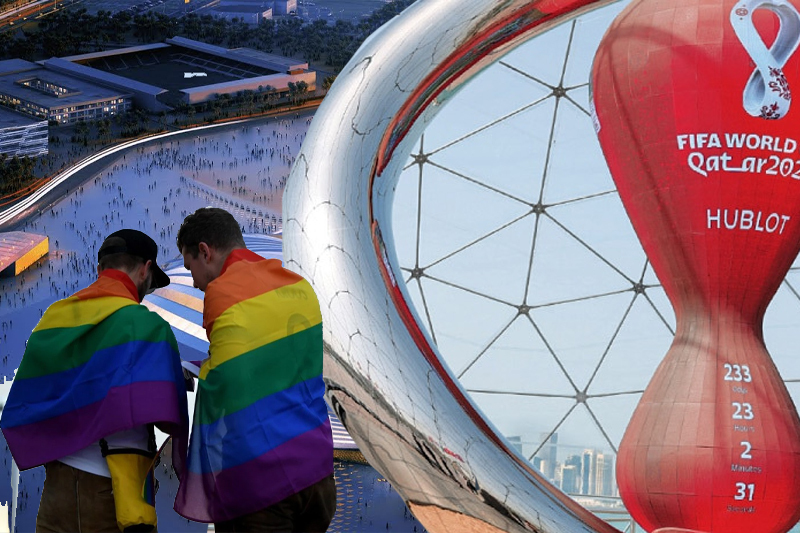 The FIFA World Cup officially began in Qatar on 20 November. It is scheduled to run until 18 December. As world cup fever continues, the LGBT (Lesbian, Gay, Bisexual, And Transgender) community is hesitant to travel to Qatar.

An American journalist recently claimed that he was detained on Monday allegedly for wearing a rainbow shirt in support of the LGBT community. Grant Wahl, a former writer for Sports Illustrated magazine, said that World Cup security asked him to take his shirt off. He also said that his phone was taken away when he wrote about the incident on Twitter.

Can Qatar guarantee safety to LGBTQ community? The country is receiving backlash due to its treatment of the LGBT community. It is impossible for Qatar to guarantee safety to LGBT community as same-sex relationships are directly criminalised under the laws in the country. Under the constitution of Qatar, same-sex sexual activity is prohibited under Sharia law. There have also been some reports of discrimination being committed against LGBT community. Recently, Qatar FIFA World Cup ambassador and former footballer Khalid Salman said that being gay was “haram” and “damage in the mind.”

Earlier, Lise Klaveness, a judge and former national team player, said, “There is no room for hosts that cannot legally guarantee the safety and respect of LGBTQ+ people.”

Also Read – FIFA lifts the ban on Indian federations, U-17 World Cup will proceed as planned

The Human Rights Watch (HRW) also warned that Qatari residents may face the risk of persecution if they stand up for the LGBT rights during the World Cup.

The country has a long way to go to solve issues of the LGBT community.