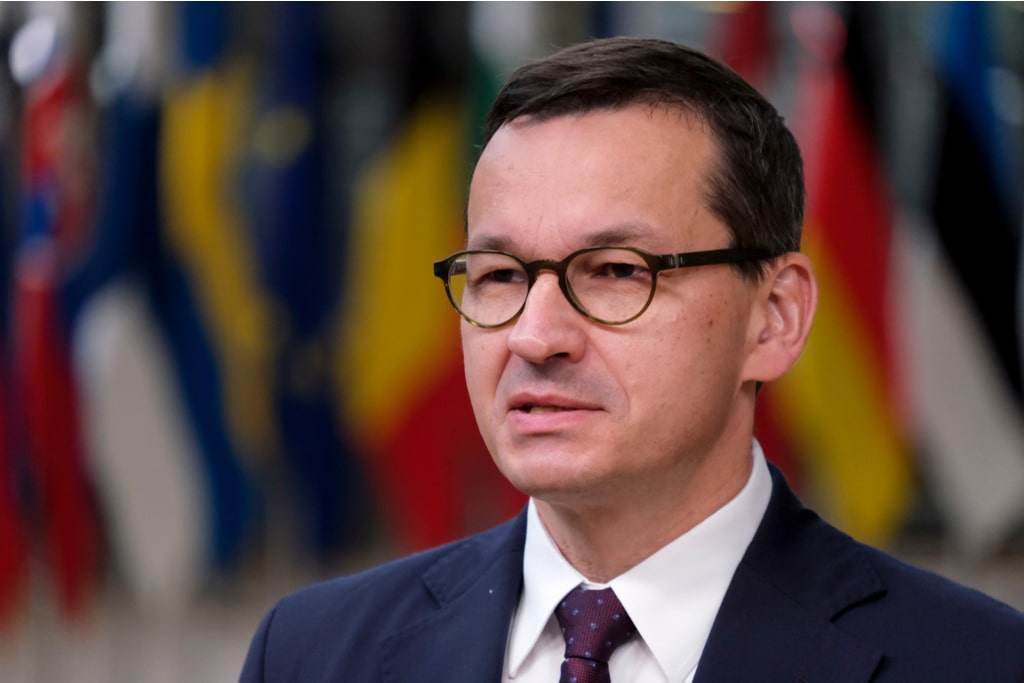 Europe seen by sovereigntists: the meeting of Salvini, Orbán and Morowiecki

Europe and COVID19 vaccination plans. These are some of the issues addressed in Budapest by the Italian leader of right party La Lega, Matteo Salvini, during an hour and a half conversation with the Hungarian Prime Minister Viktor Orbán and the Prime Minister of Poland Mateusz Morowiecki. The three leaders insisted on the need for a “European Renaissance to overcome the health and economic emergency”. Furthermore, in the conversation, they shared “a new idea of ​​Europe, based on concrete themes starting from common roots, health, work and renewal”.

It was an intense day of work, in Budapest, with the Hungarian and Polish premier, putting Europe at the center, the European Renaissance after Covid, health, after vaccination failure, a new model of health, work, beauty, safety, agriculture, common Christian values, identity and future “, Salvini commented after the meeting.” We are working – he added – for a path that puts citizens at the center and not just finance, bureaucracy, and the failures of Brussels.”

“We agree on Europe, on the defense of borders and of life. There is a path that begins today and involves new families,” Salvini said during the press conference in Budapest. “We propose ourselves as an alternative historical nucleus to the left, without limits, to be the first. We want to become the first European group”. The leader of the League then warned: “We are here to build something long-lived”. Because? “There are great challenges – he specified – there is an Islamism at the gates that must find an embankment in EU values. We leave criticism to others, we put the right to life and the right to work at the center, I would steal the American declaration of the right to happiness. It is a sign of hope “. Finally, he argued that “the European Union, when it denied its Jewish-Christian roots in its constitutive charter, was wrong at the outset”.

During the press conference that the three leaders held after the meeting, the Hungarian Prime Minister Orbán praised the Northern League: “It’s no secret that we call Matteo Salvini ‘our hero’ because when someone said it was impossible to stop illegal immigration, as a minister he was able to arrest her “. We are grateful for what Salvini has done. And we have always appreciated it. ”

Then, concerning the meeting, he clarified that it was “the first stage of a long journey. We talked about our values ​​and our Atlanticism commitment. We represent the values ​​of the traditional family and we take sides against communism – says the sovereign premier – against anti-Semitism, against illegal immigration. If the pandemic allows it, we will meet again in May, in Warsaw, and then also in Rome. The right has no extremists and we will demonstrate it. We will gather strength in favor of freedom “. Moreover, observes the Hungarian, “there are millions of citizens without political representation, having the EPP chosen to take sides by cooperating with the left. Christian Democrats have no representation and we are working to give them a voice”. “We need to lay the foundations for a new Europe. I like Matteo Salvini’s idea of ​​the European Renaissance. Let’s talk about values ​​to build the future”, said the Prime Minister of Poland Mateusz Morowiecki. Then, he once again reaffirmed the values ​​on which the path he will build with the leader of the Northern League and Orbán is based: Euro-Atlantic cooperation, NATO, integration into the EU, priorities that should respect national sovereignty and freedoms, values traditional and Christianity