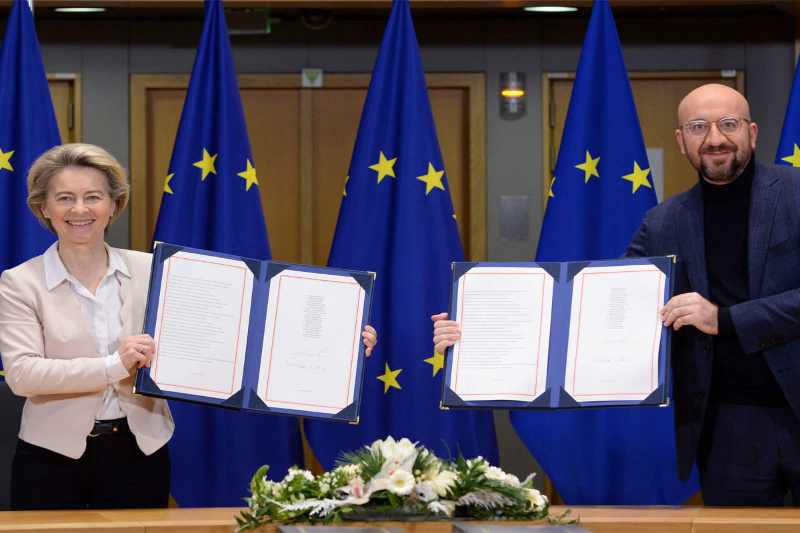 United Kingdom’s chief negotiator David Frost stated at a committee of the House of Lords that the UK government has been told informally by the European Commission that it would soon be officially requesting more time to approve the Brexit trade deal.

The EU representative affirmed a proposal to extend the ratification period till April end, however, it will first require be affirming by EU nations and later confirming by the United Kingdom.

The EU is yet to approve the trade deal and it is currently on a provisional basis. Under the conditions of the treaty, the temporary application concludes on February 28.

“We informally heard from the European Commission that we are probably going to get a formal request to expand period that is mentioned in the treaty,” Frost told the House of Lords EU panel. “However, we will have to wait and see what the solicitation establishes and for how long they desire to extend the process.”

As per Reuters, it was a bit surprising that the EU is seeking to find more time for the trade deal, Frost expressed. The U.K. parliament has just ratified the agreement. The Commission representative stated that time was required to translate the deal into different EU languages.

Frost is the leading negotiator for the ongoing negotiation with the EU. He stated that his team will negotiate with any EU request and understand what could be achieved, especially adding that there is any wish on our side however, we hope it’s not on the EU side to extend this further.

Frost reiterates that tensions between the UK and the EU began at the beginning of 2021 were the result of Brussels still adapting, somewhat, to the presence of a genuinely independent participant in their neighborhood.

Gove offered a comparable, yet much better, evaluation. “At the point when a plane takes flight you experience great turbulence,” he said. However, you arrive at a cruising height and the plane crew informs passengers to take the safety belt off and enjoy some gin and tonic or few peanuts. We have not reached a gin and tonic stage yet however I’m sure we will reach there soon.