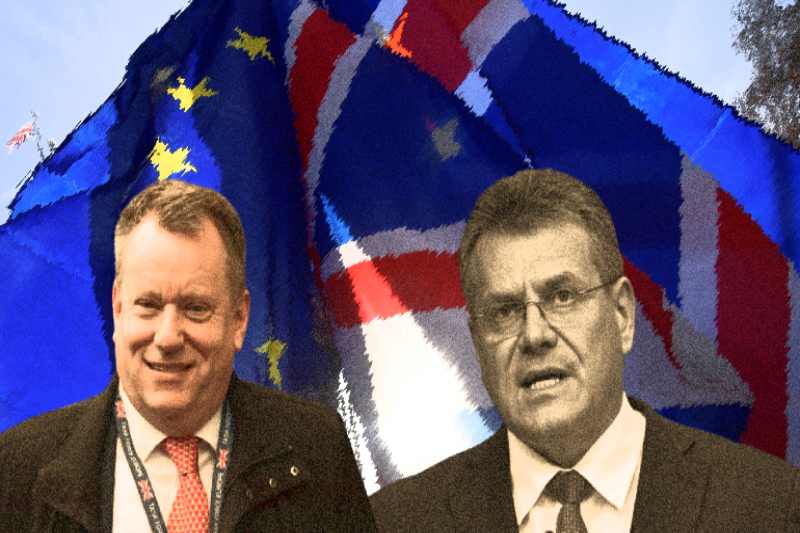 After the UK unilaterally delayed part of the Brexit deal implementation relating to Northern Ireland, Brussels has threatened it of legal proceedings ‘pretty soon’. No 10’s announcement on Wednesday had come out as a “very negative surprise”, said Maros Sefcovic, Vice President European Commission.

The announcement made by UK cabinet office minister, David Frost, noted that the government is extending the ‘grace periods’ that were designed to ease out the trade between Northern Ireland and Great Britain until permanent arrangements are chalked out. This decision has infuriated Brussels as it accuses the UK of backing down from the Brexit withdrawal agreement that would ensure no strict border between the Republic and Northern Ireland for trade.

Sefcovic is currently working on the legal proceedings on behalf of the EU, and who is responsible for the implementation of the agreement said, “We are currently preparing it and it would be really something coming to our table very soon. The most precise term I can give you is really very soon.”

The warning came after UK Prime Minister Boris Johnson said that the “temporary and technical measures” were just to ensure smooth flow of trade as the government worked on some concrete measures. Johnson said on Thursday, “I’m sure with a bit of goodwill and common sense all these technical problems are eminently solvable.”

The Northern Ireland protocol in the Brexit withdrawal agreement refers to keep Northern Ireland aligned to a plethora of EU rules, and it requires checks on goods arriving into the region from the Great Britain region. The UK had left European Union on 31st January 2020. Post that transition period was in place up until 31st December 2020, which includes Northern Ireland Protocol.