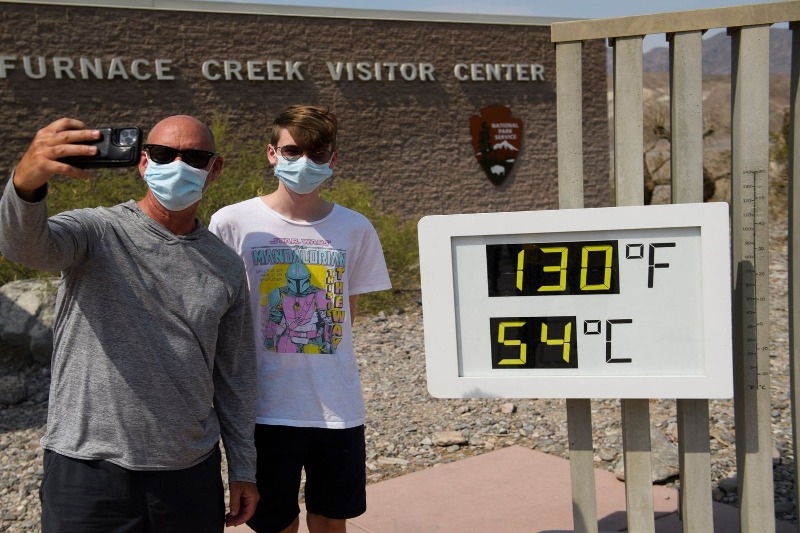 Experts said that extreme heat waves like the one presently sweltering across most of Europe and India and Pakistan’s record-breaking March heat are a clear indicator of climate change (Jul 18).

According to Imperial College London’s Grantham Institute for Climate Change senior lecturer Friederike Otto: “Every heatwave that we are seeing now has become hotter and more frequent because of human driven climate change.”

There are more greenhouse gas molecules in the atmosphere, the atmosphere is warming, and we may expect more heatwaves and stronger heat waves as a result.

Advances in attribution science have allowed climatologists to assess how much global warming contributes to particular extreme weather events in the past several years.

Human-caused global warming of more than 1.1 degrees Celsius since the mid-nineteenth century, on the other hand, was predicted to have increased the risk of a heatwave in India and Pakistan by a factor of 30.

Hundreds of people would have perished if temperatures hadn’t risen to as high as 50 degrees Celsius in some parts of North America in June 2021, shattering previous records.

“The observed warming of the world is definitely linked to the increase in frequency, duration, and intensity of these occurrences over recent decades,” the World Meteorological Organization stated in a Monday statement.

Regardless of how unpleasant the weather becomes this week, scientists agree that it will only get worse from here on out.

UN climate scientists estimate that heat waves will be four times more common than they were before the industrial revolution if the Paris climate agreement’s most aggressive objective of 1.5 degrees Celsius is met.

A “catastrophic” increase of 2.7 degrees Celsius is expected despite the UN’s leadership in climate discussions for the past three decades.

There has already been an increase in the frequency and severity of heatwaves, according to a climatologist at Meteo France.

According to him, summer temperatures will rise to 40 degrees Celsius on a regular basis, with average highs in the mid-thirties.

The severity of future heat waves will primarily depend on the world economy’s ability to decarbonize.

With 1.5 degrees Celsius of warming, the UN’s climate science panel estimates that 14 percent of the world’s population will experience deadly heat every five years on average, compared to 37 percent at 2 degrees Celsius.

The chance of death increases with increasing warmth, according to climate scientist Eunice Lo from the Cabot Institute for the Environment at the University of Bristol.

In fact, even persons in good physical shape will be at danger of adverse health effects due to heat stress.

Many sections of the world are at risk of “wet bulb” temperatures, which are dangerous because they combine heat with humidity and prevent the body from naturally cooling itself through perspiration.

They also pose a threat to the availability of food.

Because of Russia’s invasion of Ukraine, a major wheat exporter, India, the world’s second largest producer, decided to ban grain shipments after the heatwave harmed yields.