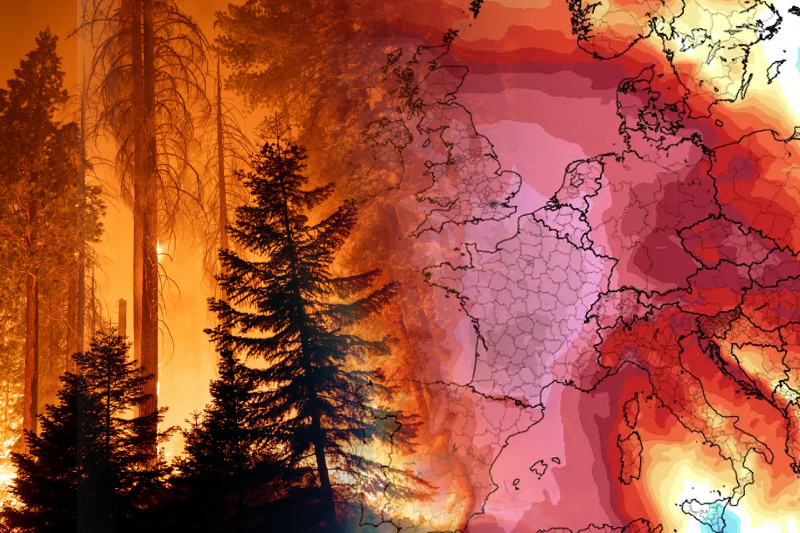 France is witnessing extremely high temperatures, and they clubbed with high winds and dry air are triggering wildfires. And similar is the condition across many European countries. Over 10,000 people have been forced in past few days to leave the south-western Gironde region.

Portugal and Spain are witnessing dozens of fires triggered by temperatures reaching above 40 C. At least 281 people have lost their lives due to heatwave.

The head of France’s Firefighters’ Federation has issued warning against the impact of global warming which is bearing brunt on civilian lives.

“It’s firefighters, civil security who deal with the effects on a daily basis – and these effects aren’t in 2030, they’re right now,” said Grégory Allione.

Heatwaves and wildfires a direct impact of climate change

Human induced climate change has led to heatwaves that are now much intense, more frequent and last longer.

“The world has already warmed by about 1.1 C since the industrial era began and temperatures will keep rising unless governments around the world make steep cuts to emissions”, warn climate activists.

Firefighters in Spain have fought hard to protect the Monsagro town after fires erupted further south in the Monfragüe national park, which is the home to rare bird species. The main N-5 route in Cáceres, just east of the park, was blocked after forest fire reached the road.

Health officials in Portugal have recorded 238 deaths more than normal since July 7. This is due to very hot and dry conditions. The worst hit are the elderly, children and people suffering with chronic diseases.

Central Greece, Attica and Create are among most at risk areas. Officials have urged the people of Greece not to engage in an activity that could spark a fire.