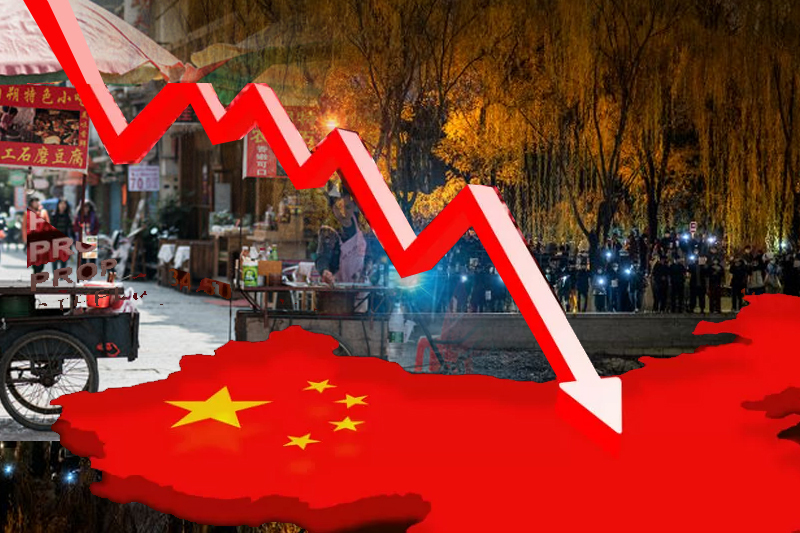 Global markets witnessed a collapse as the week opened on Monday as an impact of widespread protests in China against stringent Covid-19 restrictions agitating the investor sentiment.

European markets opened lower in general – the FTSE 100 (UKX) dropped 0.7 per cent, the CAC 40 (CAC40) fell 0.6 per cent, and the DAX (DAX) was down 0.5 per cent. Earlier, Hong Kong’s benchmark Hang Seng (HSI) Index recorded 1.6 per cent lower by the end of day. The Hang Seng (HSI) China Enterprises Index, which tracks the performance of mainland Chinese companies listed in Hong Kong, lost 1.7 per cent by the time of market closing.

The Chinese yuan, also known as the renminbi, collapsed against the US dollar on Monday morning. The onshore yuan, which trades in the tightly controlled domestic market, briefly weakened by 0.9 per cent. It was 0.5 per cent lower at 7.213 per dollar by the afternoon. In offshore dealing, the currency slipped 0.3 per cent to 7.213 per dollar, according to CNN. US stock futures — an indication of how markets are likely to open — fell, with Dow futures down 0.3 per cent, or 108 points. Futures for the S&P 500 were down 0.5 per cent, while futures for the Nasdaq dropped 0.6 per cent.

“The weakening yuan suggests that investors are running ice cold on China,” said Stephen Innes, managing partner of SPI Asset Management, adding that “the currency might be the simplest barometer to gauge what domestic and overseas investors think.”

A day before the protests started, on Friday, “China’s central bank cut the amount of cash that lenders must hold in reserve for the second time this year. The reserve requirement ratio for most banks (RRR) was reduced by 0.25 percentage points”. The analysts from Nomura in a research report released Monday said, “Cutting the RRR now is just like pushing on a string, as we believe the real hurdle for the economy is the pandemic rather than insufficient loanable funds.”