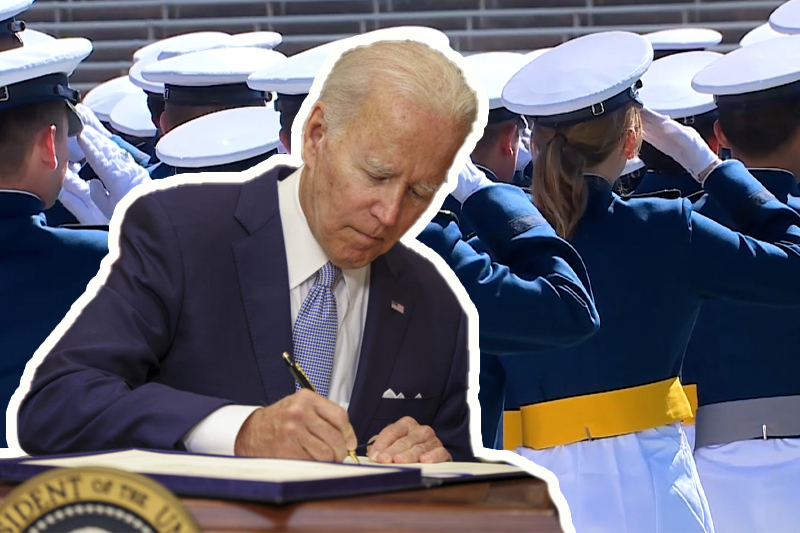 President Joe Biden has signed the crucial National Defense Authorization Act into law. This massive defense spending bill includes provisions for extending a pay hike for service members, fund support for Ukraine and Taiwan and rescinding the Covid-19 vaccine mandate of US military.

After signing the NDAA, President Biden said that the act “provides vital benefits and enhances access to justice for military personnel and their families, and includes critical authorities to support our country’s national defense, foreign affairs, and homeland security.” The NDAA was passed in the Senate with a massive bipartisan support. It follows the bipartisan approval of the House that had passed the legislation a week earlier.

According to CNN, the NDAA includes provisions to strengthen air power and land warfare defense capabilities, as well as cybersecurity. And it shows Congress’ continued support for helping Ukraine repel Russia’s invasion, even though several Republican lawmakers have raised questions about the ongoing US aid. Additionally, the NDAA establishes a specific defense modernization program for Taiwan to deter aggression by China.

The funding under the NDAA will provide a 4.6 per cent rise in basic pay for military service members, which is the largest hike in 20 years. The Department of Defense’s civilian workforce is also going to receive the same rise. The act also puts an end to the Covid-19 vaccine mandate for the troops. However, it will not reinstate members of the military who were discharged for refusing to get vaccinated, the CNN notes.