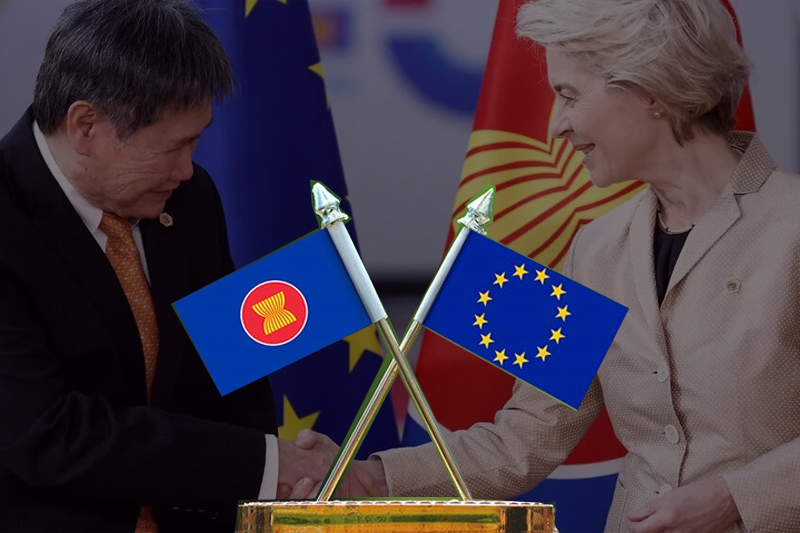 asean and eu have a multifaceted partnership report

ASEAN and EU have a “multifaceted partnership”: Report

The Association of Southeast Asian Nations (ASEAN) and the European Union (EU) have a “multifaceted partnership” and they established themselves as two of the most successful regional organisations in the world, according to a report by Asia Times.

According to the report, the two organizations are important sources of investment and trade for each other. According to the annual ASEAN survey, Southeast Asian people trust the EU and consider the organisation a trustworthy partner.

According to the report, the EU recognises the centrality of ASEAN and has influenced the organisation in many ways. Over the past few years, the two organisations have witnessed improvement in their ties.

In 2020, the two powerful regional organisations decided to strengthen their ties to the level of strategic partners. ASEAN and the European Union also share some sets of norms and values. ASEAN and the EU also established economic cooperation in promoting free and fair trade based on cross-border rules. They have been dialogue partners since 1977. The European Union is ASEAN’s third-largest trading partner after China and the United States.

Recently, the EU announced a €10 billion infrastructure package of grants and loans for ASEAN countries. However, Hun Sen, the Prime Minister of Cambodia, said that ASEAN was not interested in “always receiving help” from the EU and instead wanted a trade deal.

Recently, the first-ever leaders’ summit between the two organisations was concluded. They marked the 45th anniversary of their ties. The opening ceremony of the EU-ASEAN Commemorative Summit was held on 14 December.

This year, chaos occurred among ASEAN members over whether to permit Myanmar to participate in the bloc’s meetings. Cambodia also postponed the first ASEAN meeting under its 2022 chairmanship.