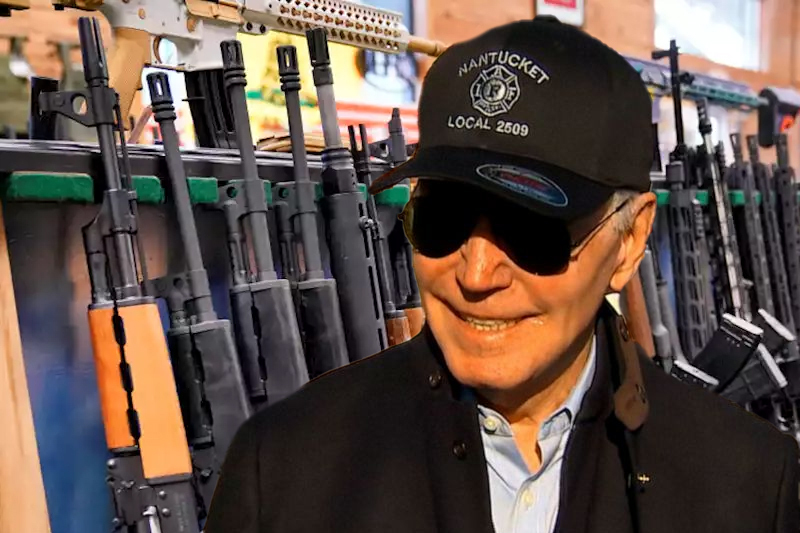 With the constant surge in gun violence across United States, President Joe Biden has assured of working with Congress to try and get rid of the assault weapons and impose a ban on their open sale. “The idea (that) we still allow semiautomatic weapons to be purchased is sick, it’s just sick. It has no social redeeming value, zero, none. Not a single, solitary rationale for it,” Biden said. But the idea is far fetched, according to Democratic Senator Chris Murphy of Connecticut.

While talking to the reporters in Massachusetts last week, President Biden said about taking action on gun control, “I’m going to try. I’m going to try to get rid of assault weapons.” He added on if the action would be a part of upcoming lame duck session in Congress, “I’m going to do it whenever – I’ve got to make that assessment as soon as I get in and start counting the votes.” Democratic Senator Chris Murphy of Connecticut said Senate Democrats are lacking the 60 votes that are required to move forward an assault weapons ban bill.

“I’m glad that President (Joe) Biden is gonna be pushing us to take a vote on an assault weapons ban,” he told CNN’s Dana Bash on Sunday morning. “The House has already passed it. It’s sitting in front of the Senate. Does it have 60 votes in the Senate right now? Probably not. But let’s see if we can try to get that number is close to 60 as possible. If we don’t have the votes, then we’ll talk to [Senate Majority Leader Chuck] Schumer and maybe come back next year, with maybe an additional senator, and see if we can do better.”

Senator Murphy has further stressed on the need to open a dialogue in US Senate about law enforcement funding across counties which are rejecting idea of imposing national gun laws. “They have decided that they are going to essentially refuse to implement laws that are on the books. That is a growing problem in this country,” he said. “And I think we’re gonna have to have a conversation about that in the United States Senate. Do we want to continue to supply funding to law enforcement in counties that refuse to implement state and federal gun laws?”

US has witnessed some of the most horrific gun violence shootings in recent years. The recent shooting at an LGBTQ club in Colorado Springs, Colorado, involved use of assault style weapon and a handgun, while the shooting at a Walmart in Chesapeake, Virginia, had the accused armed with a handgun and multiple magazines.

This week, Congress is returning with a huge to-do list in the lame duck session. The main agendas include the must-pass government funding bill, as well as other priorities.