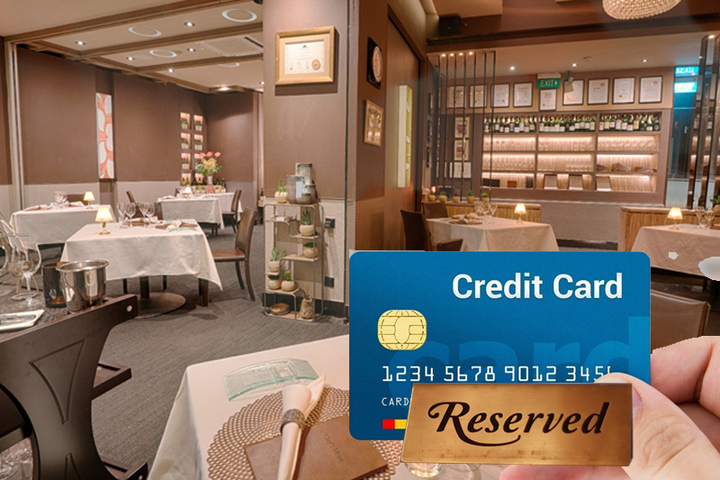 Some restaurants now demand customers to submit reservation deposits or credit card holding fees in order to avoid no-shows or last-minute cancellations. This is in response to the fact that more people are dining out as the COVID-19 pandemic begins to subside.

According to Ms. Tan Woan Shin, who is in charge of marketing and public communications at the Thai restaurant Un Yang Kor Dai, the restaurant has instituted a reservation credit card holding fee of S$25 in an effort to limit the number of customers who do not show up for their reservations.

The restaurant saw between two and four weekly no-shows prior to the implementation of a credit card holding fee.

According to Ms. Tan, “After we adopted it, the rate decreased till around every month, only one or two tables did not turn up.”

According to the Restaurant Association of Singapore, the majority of the time when a restaurant requests a reservation guarantee, the consumer is not really charged the price even if the restaurant requested it. Instead of being removed from the bill, the sum is held on the credit card, and it is only released when the meal has been completed.

Some eateries will need a deposit in the form of a booking fee in advance, and then they will take that amount from the total cost of the meal.

Late in 2017, Grub introduced a credit card holding fee of S$50 per table for each of its locations on Stevens Road and at Junction 8. This price applies to both of those locations.

Amanda Phan, the marketing director, stated that the cost is required for groups of five or more on the weekends at the Stevens Road location, while it is required on a daily basis at the Junction 8 outlet, which is typically busier.

According to Ms. Phan, this has been “extremely beneficial” in reducing the number of customers who do not show up for their reservations. She also mentioned that more customers now contact if they need to cancel the reservation rather than simply not showing up.

The Cicheti Group, a company that operates a chain of restaurants, stated that when the holding fee was originally established, its locations got complaints from customers who believed the cost was a charge on their credit card.

According to information provided by restaurants to CNA, since the pandemic began, a greater number of consumers have begun making reservations rather than walking in. This is especially true for larger parties, as safe-distance rules had made it more difficult to get tables. Consequently, larger groups are more likely to be seated separately.

However, some customers make reservations at many restaurants on the same day, and they don’t choose where they want to eat until the day of their reservation. This might result in no-shows or cancellations at the last minute, according to restaurant owners and managers.

According to Mr. Kamiyama, the Cicheti Group, which is well-known for the casual dining Italian restaurants it operates, began charging a credit card holding fee approximately six months after the epidemic first emerged.