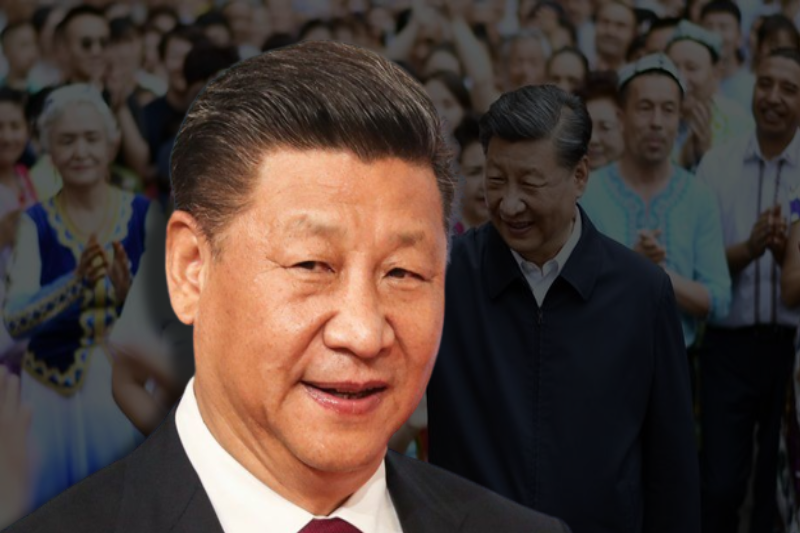 China’s leader Xi Jinping is on visit this week to Xinjiang province of the country – his first in eight years. The visit comes as his government is continuously accused of human rights violations and oppression of Uyghur Muslim minority communities in the region by United States, European countries and many human rights organizations.

State media, on Friday, has reported that Jinping’s visit to Xinjiang, this week from Tuesday to Thursday included stops at a university and a trade zone in the regional capital, Urumqi. A photo from the state news agency Xinhua showed a maskless Jinping “surrounded by smiling and clapping residents, many of them apparently Uyghurs wearing traditional costumes and Muslim prayer caps”.

Xi stressed the “full and faithful implementation of his ruling Communist Party’s approach in the region, highlighting social stability and lasting security as the overarching goals,” the official Xinhua News Agency said.

Under the leadership of Chinese premier, authorities have conducted sweeping crackdown on Xinjiang region’s Uyghur and Kazakh communities. While no exact data has been released, analysts say hundreds of thousands, and most probably a million or more people have been detained in the region belonging to these communities over time.

Critics have called the “prison-like” detention by authorities in “re-education camps” as “cultural genocide”. The US and other countries and rights groups have placed “officials responsible under visa bans for their part in extralegal detentions, separation of families and incarcerating people for studying abroad or having foreign contacts”.

China has repeatedly dismissed the allegations and denied any mistreatment of Uyghurs, calling the reports “fake news”. Beijing at first had denied the existence of any camps, and then later called it “vocational training centres with dormitories where people could voluntarily check themselves in to learn about law, Chinese language and vocational skills.”

Li Mingjiang, an associate professor at the S Rajaratnam School of International Studies in Singapore, said: “The point of Xi’s Xinjiang trip is to see the results of the policies he has put in place in recent years to stabilise Xinjiang and to conclude that his approach and strategy for Xinjiang had been successful.”