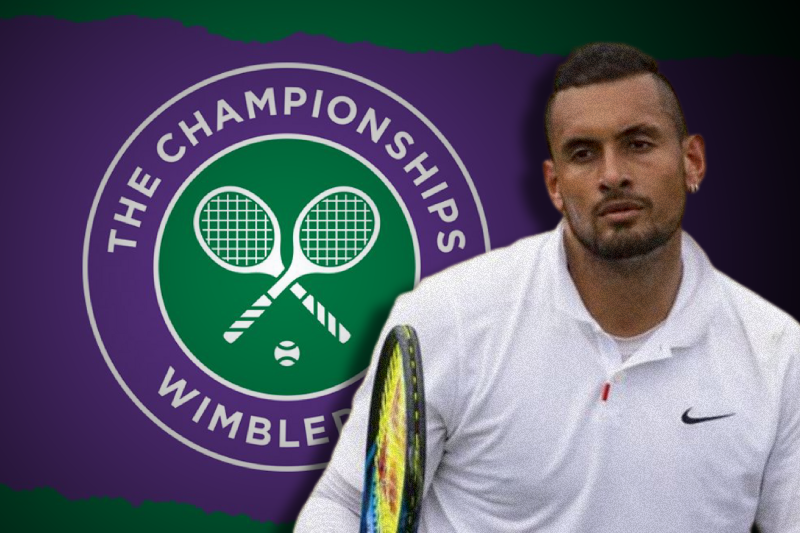 Wimbledon 2022: Calmer Kyrgios on court makes it into quarter finals over 7 years later

On Monday, as the Australian ace tennis star Nick Kyrgios stepped into the Central Court, with almost full occupancy, he was greeted with a polite applause. And about three hours later he was given a louder ovation – Kyrgios made into quarters of Wimbledon after about 7 years, when he had reached the level in 2014. After the win, Kyrgios said that he has come into this year’s tournament with goal being nothing short than the title.

Tight match between Kyrgios and Nakashima

The Monday’s match saw a much more disciplined and focused Kyrgios as he played his pivotal moments, though not as perfect, he defeated American Brandon Nakashima in a tight five set match with 4-6, 6-4, 7-6 (2), 3-6, 6-2 score.

“That’s probably the first time in my career where I wasn’t playing well, regardless of playing Centre Court Wimbledon, fully packed crowd, I was able to just say, ‘Wow, look how far I’ve come,’ to myself,” the 27-year-old said. “I was bouncing the ball before I served. I really just smiled to myself. I was like, ‘We’re here, we’re competing at Wimbledon, putting in a good performance mentally.’ It was rewarding.”

Kyrgios now is set to face Cristian Garin, 26 year old from Chile, next after he defeated No 19 Alex de Minaur. The match between Kyrgios and Garin will be on Wednesday.