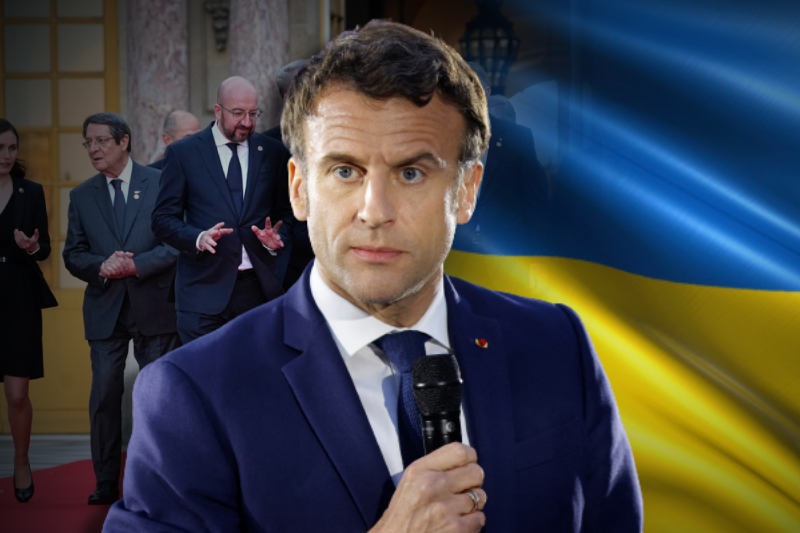 As French President Emmanuel Macron get re-elected, he is already on his way to show his leadership, as he proposes for a new political organization that could bring together countries on the continent that share EU values but are not part of the bloc.

Ukraine is trying to made a part of the European Union, in order it can given the support it needs against any future onslaughts. Currently, most countries are unwilling to put their hands into dirty waters.

During a speech marking Europe Day in Strasbourg, France, Macron did say that when it comes to getting Ukraine onboard as a part of the EU, “we all know perfectly that the process of allowing (Ukraine) to join would take several years, in fact probably several decades.”

The process is a long one, in which each of the 27 EU members have to be in tandem of the inclusion of a new member. Even one veto could stop the whole process. For now, Ukraine only has an “Association Agreement” with the EU, which is aimed at opening the country’s markets and bringing it closer to Europe. It includes a far-reaching free trade pact and is intended to help modernize Ukraine’s economy.

Ukraine still has to get candidate status before its inclusion can get complete unanimous voting. Russia is being pushed by strongly through innumerable sanctions, trying to cripple its trade economy. Meanwhile, there have been talks over a fast-track method to bring Ukraine onboard; Macron refuses to do that, saying that will only lower the standards for the nation.

Given the level of integration and ambition that surrounds being a part of the EU, Macron has proposed the European Political Community for all those who are not a part of the EU, (like United Kingdom) but “would allow democratic European nations that adhere to our core values to find a new space for political cooperation, security, energy cooperation, transport, investment, infrastructure, movement of people,” added Macron, in his formal speech. Macron added that joining the new organization would not guarantee future EU membership. Speaking at an EU conference on the bloc’s future priorities, Macron stressed the stark contrast with Russia, which on the same day staged a military parade in Moscow to commemorate the Soviet Union’s victory over Nazi Germany in World War II.