Home » West tightens grip on China over the crackdown in Hong Kong
By    Freelance Writer      February 2, 2021 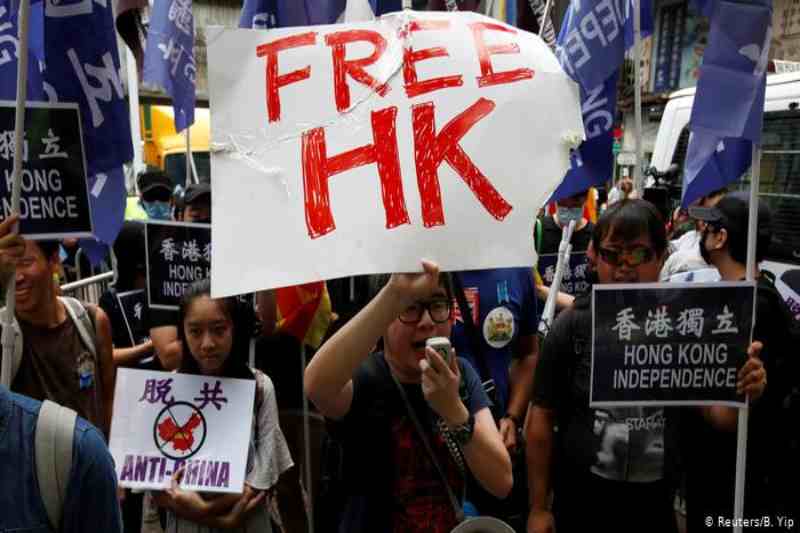 West tightens grip on China over the crackdown in Hong Kong

China has been facing massive criticism over its crackdown on pro-democracy lawmakers and activists in Hong Kong in the first week of January. On January 10, the foreign ministers of countries like the US, the UK, Australia, and Canada issued a joint statement, raising their concerns over the arrest of 55 pro-democracy figures for subversion under the territory’s seven-month-old National Security Law.

In the statement, Britain’s Foreign Secretary Dominic Raab, Australia’s Foreign Affairs Minister Marise Payne, Canada’s (former) Foreign Minister Francois-Philippe Champagne and, (former) US Secretary of State Mike Pompeo condemned the action taken by Beijing to detain pro-democracy activists and lawmakers on January 6. All four foreign ministers had asserted that the law is being used to oppose political views and eliminate dissent. They also termed the arrests a “clear breach” of the Sino-British joint declaration.

The ministers called on the Chinese government and Hong Kong authorities to respect the legally guaranteed rights and freedoms of the people of Hong Kong without arrest and detention. They further called for including candidates of all political opinions in the postponed legislative elections of the territory. In addition to these four countries, the European Union also demanded the immediate release of the arrested activists. The bloc also stated that it is looking at possibilities to impose more sanctions on Beijing.

Responding to the joint statement, the Hong Kong government accused the four countries of “interfering” in the internal affairs of China.

The 1997 Sino-British joint declaration was signed in 1984 between the UK and China, ending Britain’s century-and-a-half long rule over Hong Kong and its transition under Chinese sovereignty. With the signing of the declaration, Hong Kong received its rights and freedoms under the “one country, two systems” policy. As per the mini-constitution of Hong Kong, the territory has been guaranteed certain autonomous rights and freedoms for at least 50 years until 2047.

However, in recent years, China has violated Hong Kong’s freedoms and autonomy by intervening in the territory’s internal affairs.

Taking cognizance of the plight of Hong Kongers, world governments and international institutions have condemned China’s painful actions in the territory.

It is important to note that thousands of Hong Kongers have fled their hometown and moved to the United Kingdom and other countries since the implementation of the National Security Law in June 2020. While some are leaving due to the fear of punishment for their support to pro-democracy protests, others are fleeing in search of a better future for their children.

Now, the UK is offering visas to Hong Kong citizens as a potential route towards citizenship in the wake of Beijing’s crackdown. With this move, more people are expected to leave Hong Kong in search of better future prospects.

Meanwhile, China has stated that it would not recognize special British National Overseas (BNO) passports being offered to former Hong Kong residents.