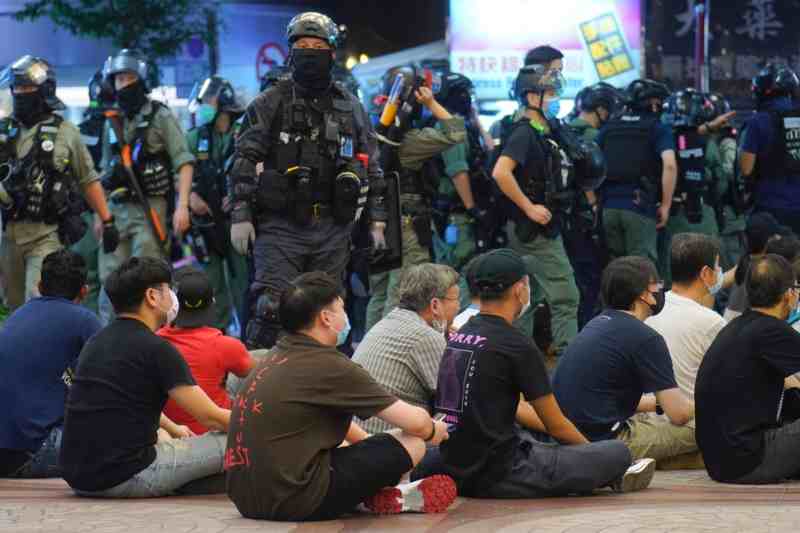 London has announced the opening of the citizenship facilitation channel for Hong Kong dissidents. Prime Minister Boris Johnson confirmed the measure launched in July 2020, aiming to favor those with a Hong Kong visa. There are about 3 million potential beneficiaries, in the next five years, with the possibility of later obtaining a British passport.

The controversial national security law in Hong Kong, passed by the Beijing government, has triggered street protests, arrests, and retaliation between the two countries. Beijing has already announced that it will remove the Hong Kong passport from those who use the privileged channel. London has confirmed that the procedure to apply for the special ‘visa’ to settle in the UK opens on Sunday, to be completed online in February.

According to London, the new law violates the 1984 treaty, the Joint Declaration between China and Hong Kong, said Foreign Minister Dominic Raab, referring to the agreement signed for Hong Kong’s return to China in 1997, after 150 years of the British Protectorate. Under the “one country, two systems” agreement, Hong Kong would have enjoyed a sort of semi-autonomy until 2047, the year of the definitive passage to China. Hong Kong citizens have a passport that can be combined with other passports, unlike the Chinese one.

At least three million of them have a travel document issued during the protectorate, so even before the handover to China in 1997. Beijing’s response was very harsh. Prime Minister Boris Johnson’s move is considered an open violation of the previous agreements from London and Beijing. “Concerning Hong Kong passports, London had pledged not to give citizenship to Hong Kong citizens. By now giving the right to enter the country to settle and eventually naturalize, the United Kingdom violates this agreement.” A note from the Chinese embassy affirms.  But for Beijing, the Hong Kong issue is a Chinese internal affair.

Meanwhile, the UK is preparing to welcome the millions of residents of its former colony. The new Chinese provisions are due to the National Security Act in response to the 2019 anti-government protests. The UK has been forced to provide shelter to BNO passport holders who wish to live and work in the country for up to five years and eventually apply for citizenship.