Home » The US reviews assistance to Myanmar following a military coup
By    AP Journalist      February 3, 2021 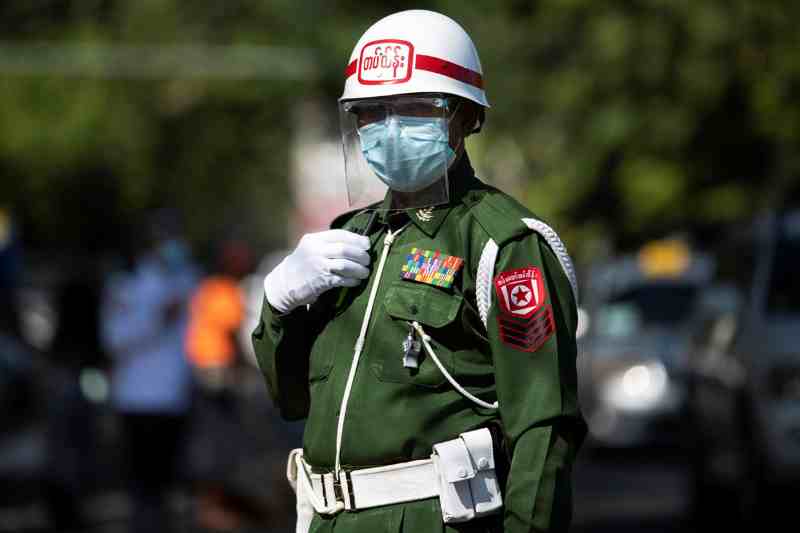 The US reviews assistance to Myanmar following a military coup

Myanmar’s democratic political system and asked for the review of US assistance to the country, following the arrest of civilian leaders on Monday. The US State Department spokesperson, Ned Price said that Washington assessed the current events undertaken by Burmese military forces on February 1 including deposing of duly elected country head Aung San Suu Kyi. Though

Price told reporters that the coup demanded review of $135 million aid designated to the country by the US administration. Biden administration decided that only a small share of that aid could be availed by the government, where as the assistance to the Rohingya ethnic minority would remain unaffected.

The country has been witnessing its first military coup against a civilian government since 1962. It was direct violation of the constitution which the military promised to honor until Monday. The announcement of the power topple came in the early hours of Monday, as the army’s TV station said that the power now rested in the hands of commander-in-chief Min Aung Hlaing.

Burma military forces refused to accept the outcome of November elections, won by the National Leader for Democracy NLD’s Suu Kyi. The country’s military general alleged the election win as a massive fraud and announced state of emergency for a year.

In Capital Hill, minority senate leader Mitchell McConnell praised the Biden administration for taking into consideration the opinion of congressional leaders about the state of events in Myanmar. He said that Myanmar must choose between the two options, i.e. either “it can continue to grow into a modern democratic country connected to the global economy or remain a corrupt impoverished authoritarian backwater in the shadow of people of the Republic…”

US leadership stressed that Myanmar military generals would be held accountable and would face consequences for tossing the country in the forceful state of emergency.  Besdides, the UN special rapporteur for Myanmar Yanghee Lee, said that the most significant aspect of soon-to-be-imposed sanctions would be if they had ‘some bite’ targeting specifically the generals which would make them pay the price for their actions.

Human rights  group said that the same Myanmar military generals, who seized the power, deposed all the country’s leaders and cracked down on dissent, were also responsible for committing atrocities against Rohingya and other minorities of the country.

The coup which has sparked global outrage, saw unusual reaction from China and Russia as both the permanent members of the UN Security Council used their veto power to prevent UK from releasing a consensus statement condemning the military takeover.

Louis Charbonneau, UN director for Human Rights Watch, slammed the security council’s silence. “The abject failure of the security council, thanks to the likes of China and Russia, to hold Myanmar’s military leaders accountable for their crimes helps them feel they can engage in horrific abuses and pay little or no cost,” Charbonneau said.

A spokesperson for the Chinese UN mission said: “It’s also our hope that any move of the council would be conducive to the stability of Myanmar rather than making the situation more complicated.”

Beijing, which has invested billions of dollars in several projects in Myanmar, was more concerned about the stability of events rather than democracy. The state-owned Xinhua news agency called the military take over as: “major cabinet reshuffle”.

The people of the country, scared about the Myanmar militaries ongoing steamrolling took to social media to express their aggression. Many changed their social media picture to red to condemn the military coup and showcase support for Suu Kyi.