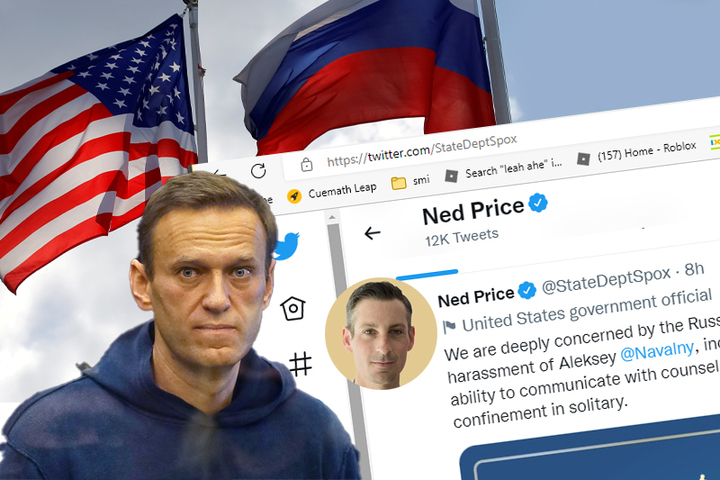 According to a statement made by a spokesperson for the State Department on Friday, September 9, Ned Price, the United States is extremely concerned about the treatment that the Russian government is giving to incarcerated opposition leader Alexei Navalny.

According to a statement released by Price, Russian jail authorities have prevented Navalny from adequately preparing his defense and from effectively communicating with his attorney. He further claimed that Navalny had been kept in solitary confinement on multiple occasions for allegedly committing minor offenses.

Price stated that the treatment of Navalny was “proof of politically motivated harassment,” and he reiterating US requests for the prompt release of the opposition leader.

After being found guilty of parole violations, fraud, and contempt of court charges, Navalny is currently serving an 11-and-a-half year term. He is the most strident critic of President Vladimir Putin’s administration that can be found within Russia. He claims that all of the allegations made against him are false and were made up as a cover story to stifle opposition and to obstruct his political ambitions.

On Thursday, September 8, Navalny announced that he was being stripped of his attorney-client privilege by the authorities at the prison where he is being held, and that all correspondence with his legal team is now subject to checks by the personnel at the prison every three days.

The Kremlin critic Alexei Navalny has been communicating with his legal team through “double plastic glass with bars inside” according to a post that he made on Twitter, which his attorneys have been using to post on his behalf. In the post, Navalny said that the prison administrators had refused to tell him the reasons for the move.