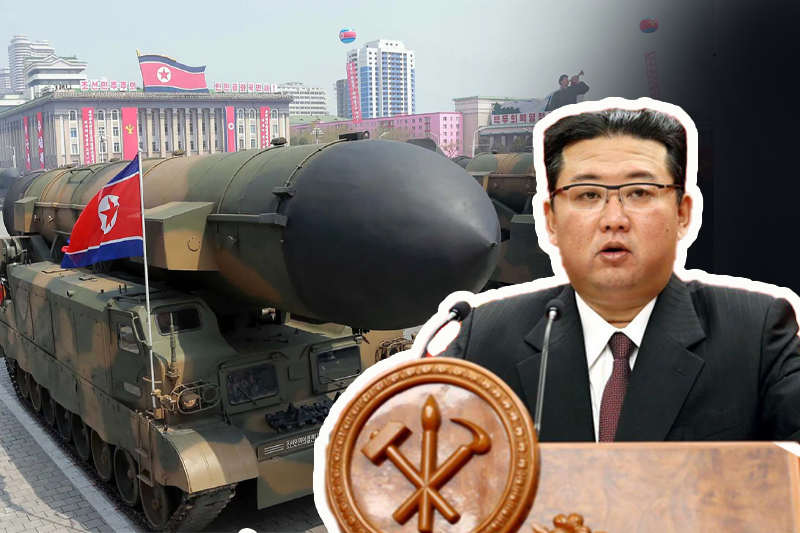 North Korea has passed a new law that enshrines the “right to automatically use preemptive nuclear strikes to protect itself”. With this move, North Korean leader Kim Jong Un has made country’s nuclear status as “irreversible”, thereby barring any denuclearization talks by United States and other nations.

The move comes at a time when according to experts North Korea is appearing to prepare resumption of its nuclear testing for the first time since 2017. This is after historic summits in 2018 with former US president Donald Trump and other world leaders failed to convince the North Korean leader to abandon his weapons expansion. The North Korea’s “rubber stamp parliament”, the Supreme People’s Assembly on Thursday passed a legislation replacing a 2013 law that had first laid out the country’s nuclear status, as reported by state news agency KCNA on Friday.

“The utmost significance of legislating nuclear weapons policy is to draw an irretrievable line so that there can be no bargaining over our nuclear weapons,” Kim said in a speech to the assembly. He stressed that he “would never surrender the weapons even if the country faced 100 years of sanctions”. KCNA reported that a deputy at the assembly said “the law would serve as a powerful legal guarantee for consolidating North Korea’s position as a nuclear weapons state and ensuring the transparent, consistent and standard character of its nuclear policy”.

The previous law passed in 2013 had postulated that North Korea can use nuclear weapons “to repel invasion or attack from a hostile nuclear state and make retaliatory strikes”. The new legislation that replaces the 2013 law goes further beyond by allowing preemptive nuclear strikes “if an imminent attack by weapons of mass destruction or against the country’s strategic targets, including its leadership, is detected”.

“In a nutshell, there are some really vague and ambiguous circumstances in which North Korea is now saying it might use its nuclear weapons,” Chad O’Carroll, founder of the North Korea-tracking website NK News, said on Twitter. “I imagine the purpose is to give US and South Korean military planners pause for thought over a much wider range of actions than before.”