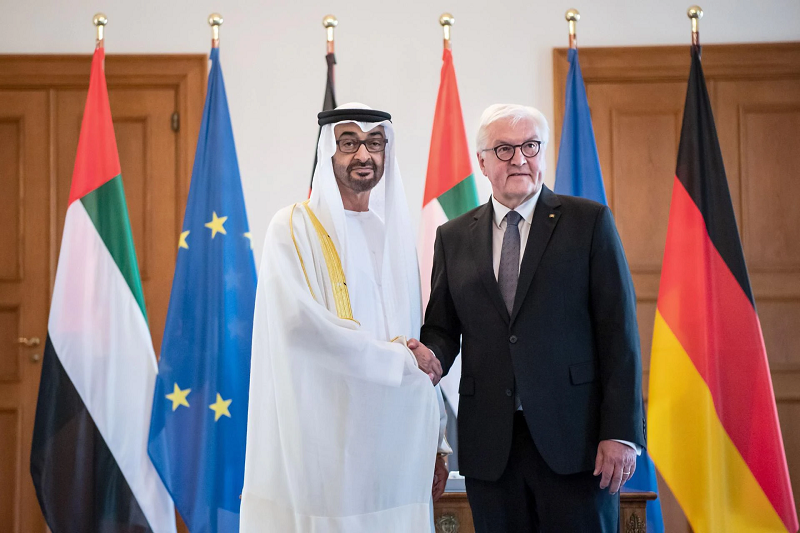 The UAE and Germany have been enjoying strong bilateral ties ever since the establishment of diplomatic relations between the two countries in May 1972. Both countries recently celebrated 50 years of their robust cordial ties with an affirmation to prioritise their mutual interests and cooperation. Over the years, the UAE and Germany have continued to work together to expand economic openness, international cooperation and increased connectivity in accordance with strategic partnerships.

Both the countries have expressed their commitment to advance sustainability and energy transition with the aim of becoming climate neutral before the year 2050. Under the leadership of Sheikh Mohamed, the UAE launched its net zero by 2050 strategy with renewed investment plans worth Dh600bn in clean and renewable energy sources over the future.

The UAE has played a pivotal role in fostering Germany’s regional development as well as fulfilment of the Sustainable Development Goals. In this regard, the two countries thrive to protect international law and promote a multilateral approach to negotiations to resolve the conflicts disrupting world peace.

Earlier in March, Sheikh Mohamed bin Zayed held a telephonic conversation with German President Frank-Walter Steinmeier with the aim of exploring ways to expand the partnerships between the long-standing allies. Sheikh Mohamed’s visit to Germany in June 2019 led to the reinforcement of the strategic partnership agreed upon by the two nations in April 2004.

The UAE is Germany’s most important economic partner in the Middle East region with about 90% of German imports including aircraft, automobiles, chemicals, and machinery directed to the Emirates. The UAE’s exports of aluminium and petrochemical products to its European partner have also increased exponentially over the past few years.

The two nations are currently focusing on boosting cooperation in relevant sectors to accelerate sustainable economic growth in the region. Furthermore, they are working on strengthening their regional cooperation and potential ways to exchange and expertise to improve energy efficiency in relevant industries.

In March 2022, the two countries signed agreements, allowing a number of German companies partnering with UAE firms to build up a hydrogen supply chain and support Germany’s long-term energy requirements.

It was the efforts of Sheikh Mohammed bin Zayed that have contributed to the commendable international trust in the Emirati capabilities that have translated into prominent investments and strategic projects to promote innovation and advancements for both sides.