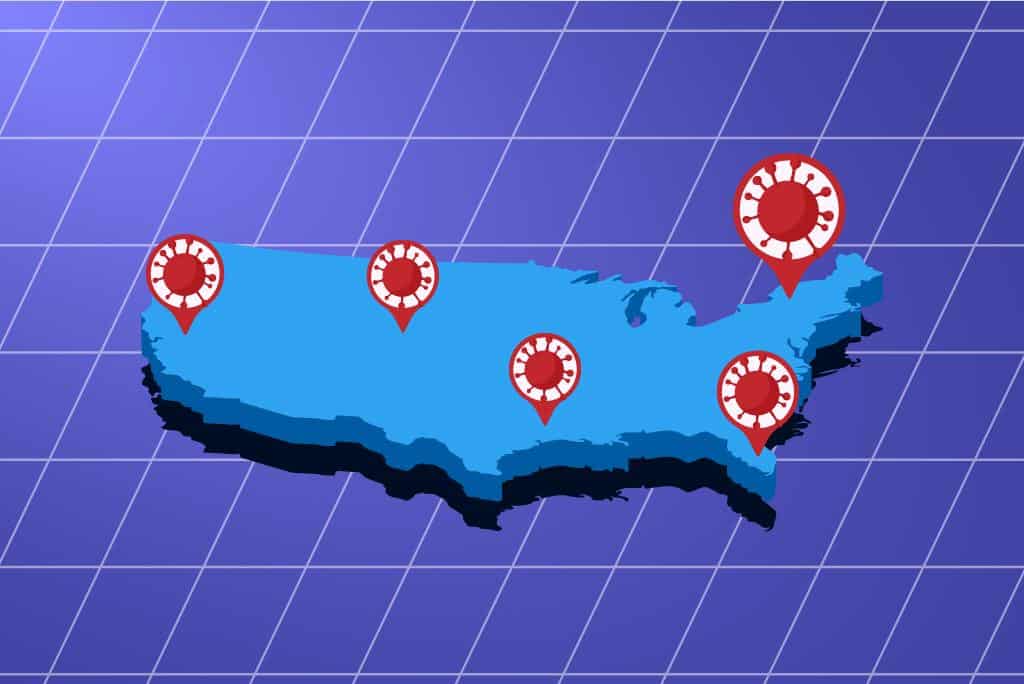 Trump struggling with new sanctions while coronavirus cases increase in the U.S.

The United States recorded over two million cases of coronavirus:  exactly 2,009,238. The contagions increase in at least 21 states in the last 48 hours. So far, the deaths in the US are 113,341, from the beginning of the pandemic. According to Johns Hopkins University, the COVID-19 cases in the world are 7,432,275 and 418,203 the deaths.Daily cases of contagion continue to remain high, and in particular in some states in recent weeks they are still growing.

Despite this, all states have relaxed the restrictive measures imposed to counter the spread of the virus. The state of New York, which was the epicenter of the coronavirus epidemic, has left the lockdown phase on Monday, starting to reopen business activities. President Donald Trump has also announced that from June 19 he will resume his rally for the election campaign with the presence of the public.

According to the New York Times, after the weekend of May 25, daily cases of contagion have increased in Texas, Arkansas, Mississippi, Utah, and Arizona. In particular, COVID-19 patients who must undergo medical treatment have increased in these states.The number of contagious has grown with that of hospitalizations in the past two weeks. Although the latter is difficult to track because states register and communicate differently, or do not communicate them at all.

According to the Washington Post, the cause of this proliferation of contagions is in the crowds, following the reopening which coincided in many states with the weekend of May 25, coinciding with the Memorial Day, on which in the United States of America commemorate the fallen American soldiers of all wars.In those days, thousands of Americans moved to the resorts of the States most affected today such as Lake Havasu, a popular tourist destination in Arizona, or visited the zoos, aquariums, and water parks in South Carolina.

Despite the health emergency, President Trump continues to focus on the sanctions that characterize his foreign policy. On Thursday, he issued an executive order authorizing US sanctions against International Criminal Court employees involved in an investigation into whether American forces committed war crimes in Afghanistan. The investigation is “being pushed forward by an organization of dubious integrity”, a White House official said, referring to the Hague-based ICC and accusing Russia of having a role.

The order authorizes Secretary of State Mike Pompeo, in consultation with Treasury Secretary Steven Mnuchin, to block assets in the United States of ICC employees involved in the probe, according to a letter sent by Trump to US House of Representatives Speaker Nancy Pelosi accompanying the order.It also authorizes Pompeo to block entry into the United States of these individuals.ICC prosecutor Fatou Bensouda wants to investigate possible crimes committed between 2003 and 2014, including alleged mass killings of civilians by the Taliban, as well as the alleged torture of prisoners by Afghan authorities and, to a lesser extent, by US forces and the CIA.

In the same way, Trump announced new sanctions on Iran and Syria. A group representing over 140 Republican representatives called on Wednesday for US Congress to implement its toughest sanctions yet on Iran, whose “rogue regime” remains “extremely dangerous.”The Republican Study Committee put forth a detailed proposal outlining policy suggestions related to Iran, Russia, China, and other countries it deemed pose a threat to the US.The proposal, authored by 13 members of the caucus, recommends Congress put in place new measures to respond to “strategic threats” China and Russia, as well as Iran in order to stop its “support of terrorism, destabilizing behaviour in the region, development of ballistic missiles, and nuclear program.”

Deciphering the Group of 7: Time to evolve?
Chokehold Practice: Should be ‘generally’ banned, says President Trump