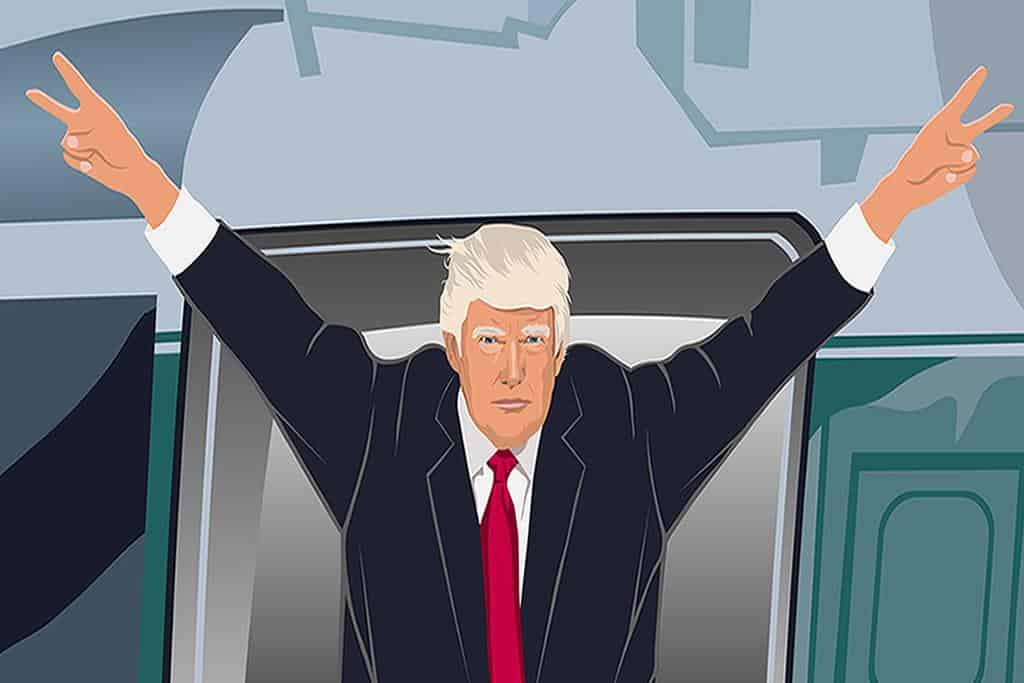 Amid raging public anger over the death of George Floyd in the US, President Donald Trump said that chokehold should “generally” be banned.

When quizzed about his thoughts on chokehold in an interview with Fox News, the President said the concept is “so innocent, so perfect.”

The controversial chokehold of any suspect by the US Police has generated a lot of debate in America and elsewhere. African American George Floyd was killed when a police officer sat on his neck, which triggered protests across the US, demanding a ban on chokehold use.

The protesters are seeking an end to racism and asking for equality.

President Trump expressed his concern that the method should be used only in limited cases.

While speaking to the TV channel, the President added that the tactic might be useful when an officer is dealing with a suspected criminal one-on-one. President Trump has reservations when the tactic is used when there are “two-on-one.”

When the President was asked about what level chokehold should be banned, Trump said that in “some cases,” the law prohibiting the practice should come from local authorities. He also added that the federal government would make “strong recommendations about then tactics.”

While the tactic can disable a person to counterattack, it can also kill the person.

Last month, 46-year old Floyd died in Minneapolis after the police knelt on his neck for nine minutes. His death in custody triggered angry protests across the US and other parts of the world. Protests against racism on all social media platforms.

States and local governments are going ahead with banning the practice.

However, Republicans are yet to announce any support to the bill. President Trump has not commented on any sweeping police reforms.

Trump struggling with new sanctions while coronavirus cases increase in the U.S.
North Africa will import Wheat in substantial amounts