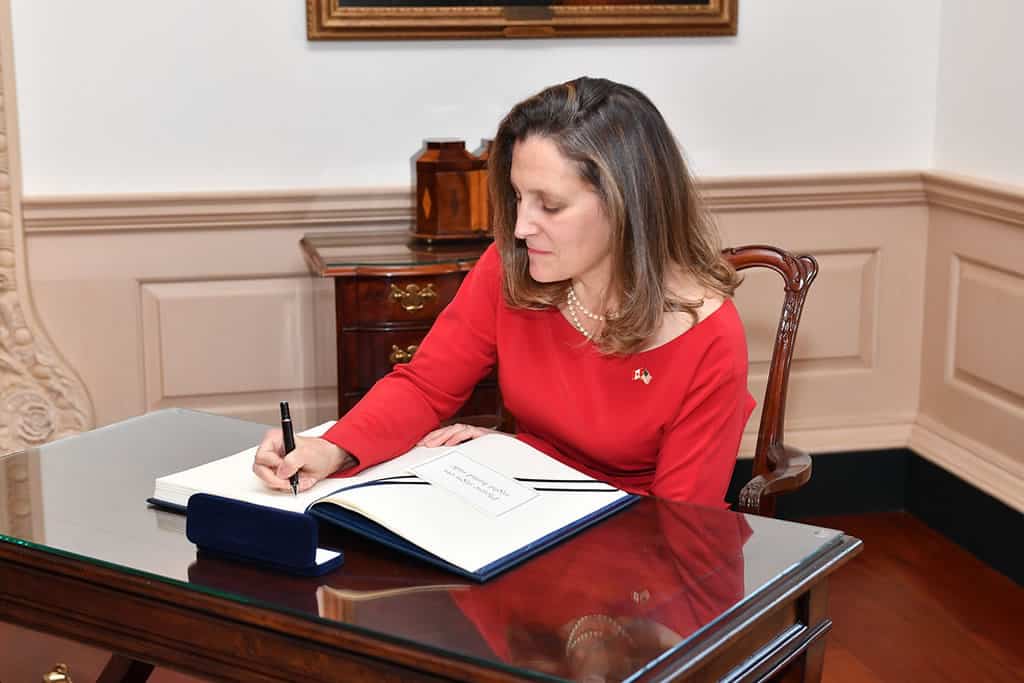 As the US continues to go on trade war with trade partners one after another, Canada is the new one in its list, which has now decided to slap it with retaliatory tariffs to the tune of $2.7billion.

The Canadian move comes as Trump administration decided to slap a 10percent aluminum duty on the former. In response to America’s notoriety, Deputy PM Chrystia Freeland has said “We intent to impose dollar-for-dollar counter retaliatory countermeasures in a most balanced manner.”

The tariff imposition had been lifted over Canada over a year ago. According to Trump, Canada was putting American manufacturers out of business and therefore the re-imposition is a justified move to save fellow Americans into Aluminum manufacturing.

“We intent to impose dollar-for-dollar counter retaliatory countermeasures in a most balanced manner.”

Mr. Donald Trump’s assertions do not come out as justified as Freeland could argue the re-imposition as an unnecessary move that would simply hurt American consumers already suffering from the economic devastation inflicted by the coronavirus pandemic. Freeland has further said in the media that “Canadian aluminum is in no way a threat to U.S. national security, which remains the ostensible reason for these tariffs, and that is a ludicrous notion.” Strangely, the re-imposition and new tariffs come just over a month after the United States-Mexico-Canada Agreement came through. It was a trade pact entirely backed by Trump that replaced the North American Free Trade Agreement, or NAFTA. But the latest move seems to be contradicting the assertions and commitments of the pact.