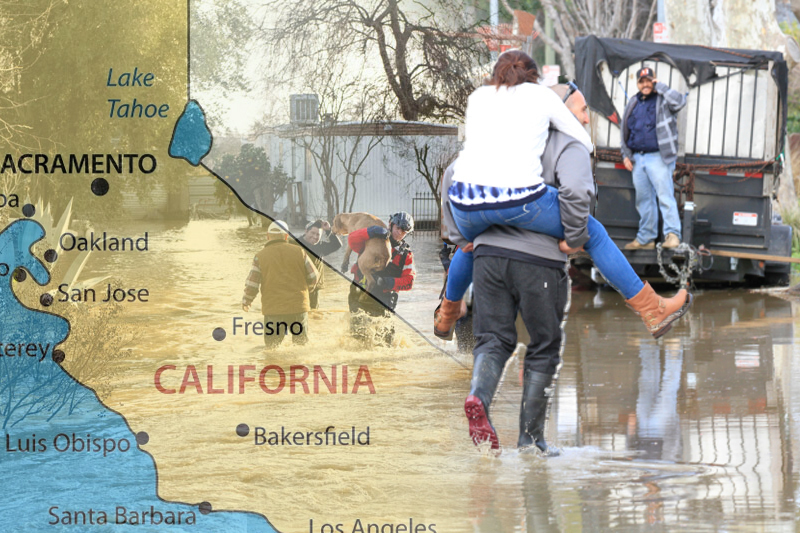 A barrage of storms has left at least 17 people dead in California. Heavy downpours caused flash flooding, toppled trees, closed key highways, and swept away scores of people. Thousands of Californians have evacuated their homes, while nearly 188,000 homes and businesses, according to Poweroutage.us, were without electricity Tuesday.

The storm has proven deadly, but it also offered a minor respite from severe dryness. It appears to have lifted 7% of the state out of exceptional drought conditions.

This extreme weather, however, is unlikely to have a big impact on California’s drought. In fact, experts say only consecutive years of severe wet weather can reverse the drought in the long term. “One storm certainly doesn’t do it, and even one wet year doesn’t do it,” Andrew Fisher, a professor of Earth and Planetary Sciences at the University of California, Santa Cruz, said.

Another issue Prof Fisher raised is the limited reservoir capacity. While some can store large volumes of water, others that are near capacity need to release to make room for the next extreme weather. “Unless there’s another reservoir downstream”, a major portion of the released water is going out to the ocean.

California is one of the driest states in the US. The decades-long drought in the region has dried up wells, drained water reservoirs, and introduced restrictions on water usage in some areas.

Experts say more years of dry weather are likely to come. Therefore, if this is the last rainstorm of this season, Californians could soon be in trouble again.