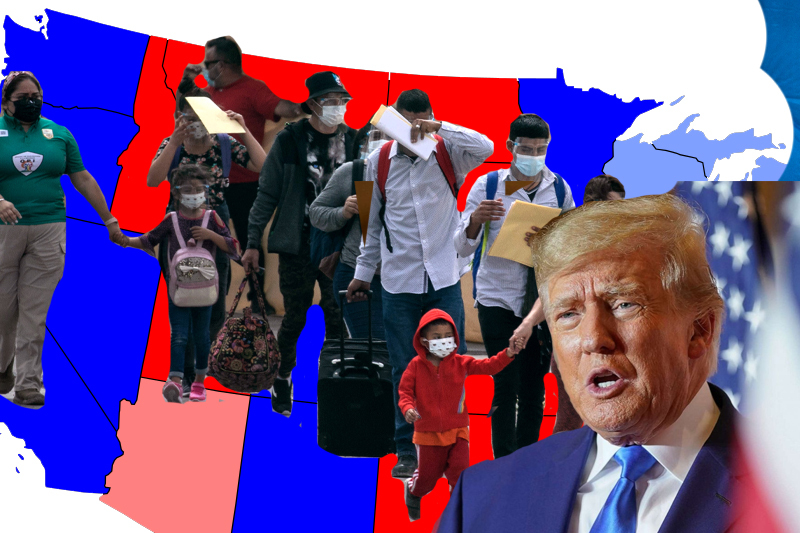 On Monday night, 15 Republican states have asked a federal judge to keep Title 42, a Covid-era policy that was brought in place by former US President Donald Trump led government that had allowed the authorities to severely restrict asylum seekers from crossing the border into US. The plea was made after the judge had issued a ruling last week which blocked the rule.

Biden administration has been seeking to end the policy. But the GOP states have said that an end of this policy will lead to massive spike in number of migrants and asylum seekers crossing over the borders, thereby severely harming these states.

“Because invalidation of the Title 42 Orders will directly harm the States, they now seek to intervene to offer a defense of the Title 42 policy so that its validity can be resolved on the merits, rather than through strategic surrender,” the states said in their filing made on Monday. The argument extended by the GOP states is that any further increase in migrant flows to the border will “impose financial burdens on the states involuntarily hosting them” and that “the states themselves are entitled to special solitude in the standing analysis.”

The filing said, “The States have sovereign and quasi-sovereign interests in controlling their borders, limiting the persons present within those borders, excluding persons carrying communicable diseases, and the enforcement of immigration law.”

Title 42, the Trump era immigration policy was suspended by U.S. District Judge Emmet Sullivan, as the judge sided with the American Civil Liberties Union and other immigration activists stating the rule was being “used a tool to enforce the border more than a public health measure”. Sullivan characterized Title 42 as “arbitrary and capricious” as he cited the Administrative Procedures Act. The Department of Homeland Security has requested five weeks in order “to prepare to transition” and process all migrants under pre-Covid policies, thus allowing them to cross the southern border to claim asylum. Title 42 is set to come end on December 20.