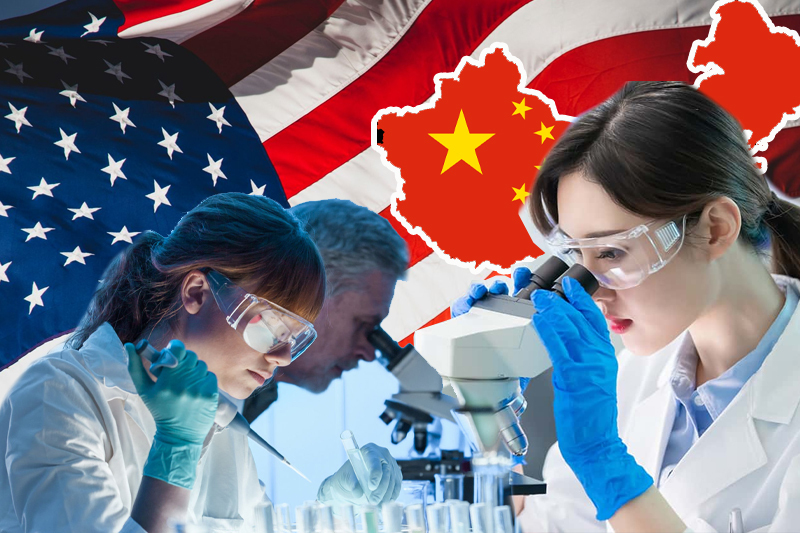 security measures against china and others go too far us scientists

Security measures against China and others go too far: US scientists

Large-scale scientific and technological advancements have fueled economic expansion globally for many years. Leaders of the US scientific community are now concerned that growing government security measures may kill the goose that laid the golden egg as geopolitical tensions rise.

According to Tobin Smith, senior vice president of the Association of American Universities, the tightening of US security protocols for science, which started under the Trump administration but is still ongoing today, runs the risk of interfering with the discipline’s open nature. At a session on scientific policy in Washington, he warned against going overboard with security. At universities, it is our very responsibility to spread knowledge.

We are overreacting to security, Ernest Moniz, a former MIT administrator and US energy secretary, cautioned. The US has already “made a number of blunders, or at least questionable moves” in its relations with China, including prosecuting certain scholars on suspicion of concealing affiliations with Chinese organisations. The US and China should instead seize the “opportunity to create deeper collaboration across a number of fronts,” such as joint research on carbon sequestration and the disposal of nuclear reactor waste in underground boreholes, said Moniz.

Such remarks, made at a workshop held by the National Academies of Sciences, Engineering, and Medicine (NASEM) on November 14 and 15, highlight what is quickly becoming a top policy concern of the vast American scientific enterprise: that an ongoing government effort to keep important US science or tech secrets from leaking to rival countries, especially China, will harm the science system itself.

According to scholars, this system has historically relied on openly disseminating research findings and admitting international researchers and students to American universities. However, according to a report released in September by NASEM, “the US research community has seen an unusual surge” in security measures that “restrict the sharing of ideas, involvement by others, and international collaboration, reducing the speed of research.”

Many academics do feel like they are being targeted by the police and security forces. While some researchers may not be sufficiently aware of security dangers, Victor McCrary, research vice president of the University of the District of Columbia, said during the session that “I don’t think that faculty members wake up and ask themselves, ‘How do I commit treason against the US?'”

These issues aren’t just relevant to American universities, of course. Because of the conflict in Ukraine, the US allies the UK, Germany, France, Canada, and others are limiting scientific cooperation with Russia and warning universities to be wary of Chinese efforts to recruit top talent. But the US has been especially significant as the head of the western alliance and the largest scientific enterprise in the world.

China is the top concern for the US. China is now the second-largest scientific spender in the world after making significant investments over the previous few decades, and it has already surpassed the US in terms of the number of research articles produced each year. According to the Science and Technology Policy Institute, a research think tank that advises the White House, its researchers and students make up a significant portion of the American tech industry, contributing 25% of the foreign PhDs in science and engineering employed in the US. China or any other country, foreign science and engineering talent contributes 1.7% to 1.9% of the US GDP overall.