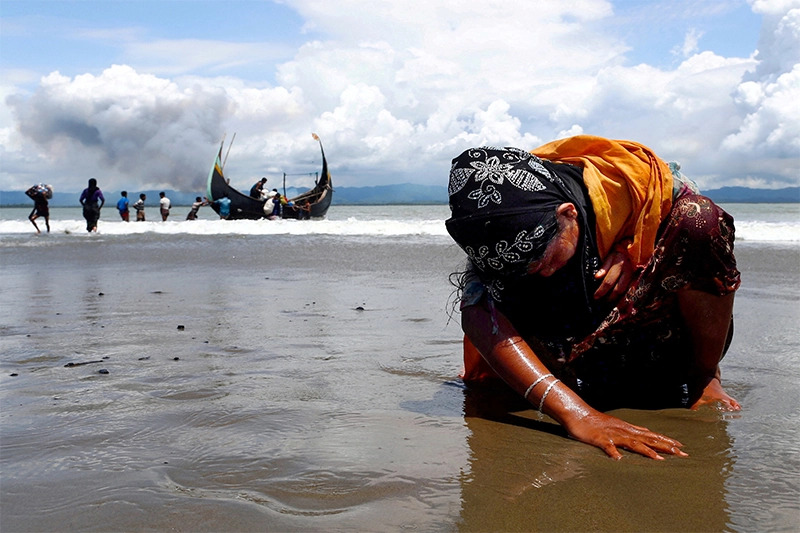 the world court has jurisdiction over myanmars genocide case

The World Court has jurisdiction over Myanmar’s genocide case

On Friday, July 22, the World Court rejected Myanmar’s objections to a genocide complaint over its treatment of the Muslim Rohingya minority, clearing the way for the case to be heard in full.

The military junta that controls Myanmar since 2021 claimed that Gambia lacked jurisdiction to file the suit in the International Court of Justice, the highest court of the United Nations.

A panel of 13 judges, led by Judge Joan Donoghue, has determined that all signatories to the 1948 Genocide Convention have the power and duty to take action to prevent genocide and that this court has jurisdiction over the matter.

She presented a summary of the decision, which stated, in part, that “Gambia, as a state party to the Genocide convention, has standing.”

At this point, the court will begin delving into the meat of the case, which might take years.

Gambia, whose attorney general visited a refugee camp in Bangladesh and became interested in the case, says that all nations have an obligation to enforce the 1948 Genocide Convention. A lawsuit filed to hold Myanmar accountable and stop more violence has the support of the Organization of Islamic Cooperation, which comprises 57 countries.

Outside the courtroom, Gambia’s Minister of Justice Dawda Jallow exclaimed his “extremely pleased” satisfaction with the verdict and his conviction in the suit’s eventual success.

His predecessor, Abubacarr Tambadou, a prosecutor at the UN Rwanda trial, visited a refugee camp in Bangladesh and remarked that the stories he heard reminded him of the Rwandan massacre, prompting Gambian involvement.

A Myanmar official pledged that the government will do all in its power to defend the country’s “national interest” in any future proceedings.

A red banner reading “Free Burma” was waved by protesters outside the court’s gates, and cars carrying representatives of the junta were screamed at as they drove away from the building following the verdict.

There were “genocidal acts” committed during Myanmar’s military assault in 2017 that ultimately forced 730,000 Rohingya into neighboring Bangladesh, according to a separate United Nations fact-finding mission.

The UN’s findings are “biased and flawed,” according to Myanmar, which has denied genocide. It claims the attacks carried out by Rohingya militants are the reason for the crackdown.

The court’s rulings are binding, and most governments comply with them, but the court has no power to enforce its decisions.

Legal victory in 2020 affirmed the Rohingya’s right as a protected minority under international law when it ordered Myanmar to safeguard them from genocide.

Nonetheless, Rohingya organizations and rights advocates claim that there has been no serious effort to cease the systematic persecution of the Rohingya, which Amnesty International has described as a system of apartheid.

The Rohingya minority in Myanmar continues to be denied citizenship and basic civil liberties. Tens of thousands of people have lived in deplorable refugee camps for the past decade.

The Foreign Ministry of Bangladesh released a statement expressing its satisfaction with the ruling.

Outside the court, Ambia Parveen of the European Rohingya Council stated, “For the victims living in the camps in Bangladesh as well as in Myanmar, they see the hope that justice will be delivered to them and that the culprits in the Myanmar military would be brought to accountability.”

Aung San Suu Kyi, leader of the democratic opposition in Myanmar, is now in detention after testifying in person in 2019 hearings at The Hague.