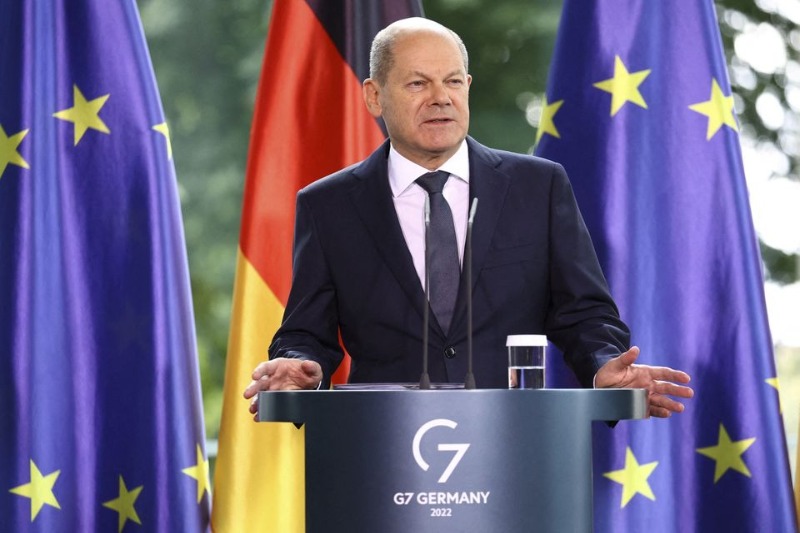 As Germany searches for new partners to replace its energy imports from Russia, German Chancellor Olaf Scholz is expected to sign contracts for liquefied natural gas (LNG) during his visit to the United Arab Emirates on Sunday, according to the deputy chancellor of the German government.

“The variety of gas options is gradually expanding. The government is constantly engaged in conversation with a wide variety of nations,” The Minister of the Economy, Robert Habeck, made the statement while referring to his own trip to Qatar and the UAE in March.

The demand for Liquified Natural Gas

The United Arab Emirates (often known as the UAE) is consistently ranked among the top 10 oil producing countries in the world. It is estimated that around 96% of the country’s approximately 100 billion barrels of proven oil reserves are situated in the emirate of Abu Dhabi, making it the sixth largest oil reserve in the world. The United Arab Emirates is responsible for the production of an average of 3.2 million barrels of petroleum and liquids every single day.

The UAE’s economy is still heavily dependent on hydrocarbons, with the oil and gas industry accounting for 30 percent of the country’s gross domestic product (GDP) and 13 percent of its total exports. The United Arab Emirates (UAE) continues to place a significant amount of importance on the revenues generated from the export of oil and gas, which account for the vast majority of the total revenue collected by the UAE government. The United Arab Emirates (UAE) has made the shift to renewable energy a top priority, and it was the first Arab state to establish a goal of “net-zero” emissions.

The United Arab Emirates wants to expand their oil and gas production through unconventional methods. With around 215 trillion cubic feet of confirmed natural gas reserves, the United Arab Emirates is estimated to contain the seventh-largest proven reserves of natural gas in the world by the Energy Information Agency of the United States. In the year 2020, the UAE made the announcement that they had found gas resources in Jebel Ali totaling more than 80 trillion cubic feet.

The year 2030 has been set as the target for the nation’s goal of achieving energy independence in the supply of gas. The United Arab Emirates (UAE) is now reliant on Qatar’s natural gas imports via the Dolphin pipeline in order to supply its power plants and desalination plants.

The Hydrogen Alliance was established in 2021 by Mubadala Investment Company, Abu Dhabi National Oil Company (ADNOC), Abu Dhabi Holding Company (ADQ), and the Ministry of Energy and Infrastructure (MoEI) with the goal of producing blue and green hydrogen for export.

According to sources who spoke with Reuters in May, LNG talks between Germany and Qatar were fraught with differences over crucial terms, including the duration of any contract that might be reached.

As part of its efforts to diversify away from its reliance on Russian gas, Germany is in the process of purchasing LNG terminals.

Habeck was giving his speech in Lubmin, which is located in northern Germany. This is the location where the German government is hoping that a state-leased floating storage and regasification unit (FSRUs) will be operating by the end of 2023 at the earliest.

“We must show that in times like these, we can plan, authorize, and build faster than is usually the case in Germany,” Habeck said of the construction drive, adding that LNG projects in Wilhelmshaven and Brunsbuettel were examples of this.

“There is a good, realistic chance… that the two FSRU vessels there will be able to feed into the German gas network from the turn of the year onward,” he stated. “This is very exciting news.”

Exploration efforts now underway in the UAE will open doors to greenfield project possibilities. The UAE’s producers are continually putting new extraction methods to the test and using those that prove successful in order to boost recovery rates and extend production. The United Arab Emirates (UAE) has a significant interest in unconventional oil and gas resources.

The United Arab Emirates Hydrogen Alliance, which was only recently established by ADNOC, ADQ, and Mubadala, will provide prospects for a variety of technologies and prospective partnerships, including production, storage, transportation, and security.