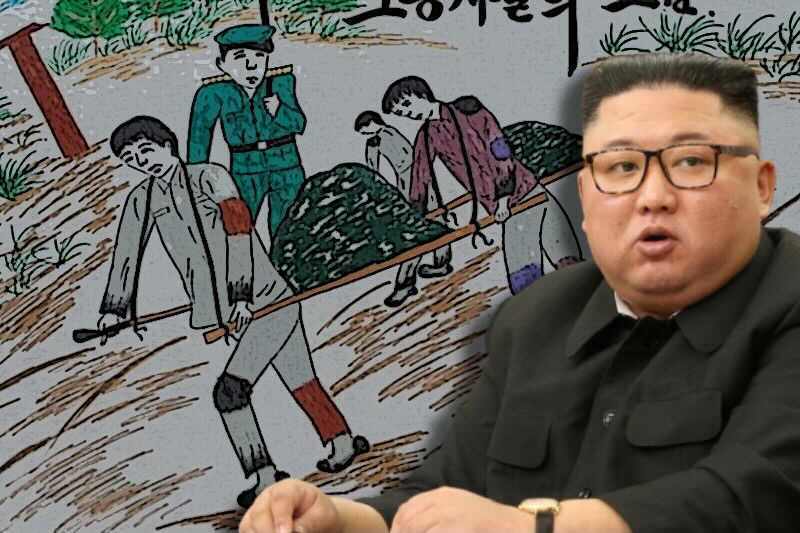 The Seoul-based rights group, Citizens’ Alliance for North Korean Human Rights (NKHR) published a report exposing the North Korean regime’s exploitation of political prisoners, including children, who were forced into coal production to help boost its exports. Observers said that the funds earned from exports would eventually be used in fuelling the country’s nuclear and missile programs. The study, titled Blood Coal Export from North Korea, says that Pyongyang has been running a “pyramid fraud-like” scheme using people held in prison camps to produce an extra amount of coal and other goods to push its exports.

The findings highlighted, how Kim Jong Un’s nation has resorted to a shady coal trade in its pursuit to accumulate funds for its nuclear and ballistic missile development program. The NKHR report said: “Quotas of products for export are met through the enslaved labor of men, women, and children in detention camps owned and operated by the secret police.” Joanna Hosaniak, deputy director-general at the NKHR, emphasized that the core motive of the investigation was to unveil North Korea’s “state-sponsored system of slavery” operated by its leader to meet his political and financial ambitions and his long-standing goal of making the country a nuclear power.

It is not the first time that North Korea has engaged in such antics to gather secret funds. Earlier the Asian country used a similar system for commodities export networks but the scandal was busted after human rights agencies reported gross rights violations and abuse in its detention camps. The United Nations responded to the reports and imposed a ban on its commodity exports to indirectly halt Pyongyang’s nuclear ambitions.

The key source of information for NKHR report has been former prisoners who escaped the detention centres and took refuge in its Southern neighbour and other defectors who held inside information about the the country’s secret operations, along with other sources such as satellite images and data from the South Korean and US government agencies.

According to a confidential report compiled by independent UN monitors published in early 2018, North Korea violated UN sanctions to stash away nearly $200m in 2017 from banned commodity exports.  The international agency believed that the nation has held about 200,000 people in its large prison camps run by secret police, many of which are located near mining sites. A UN inquiry report, released in 2014, said the country used its prisoners for commodities export and subjected its captives to torture, rape, forced labor, starvation, and other inhumane treatments to meet the target.

Besides the commodities trade, North Korea has also been accused of committing cyber crimes for similar motive of gathering millions of funds for its nuclear development programs. The UN alleged the country has stolen virtual assets worth $316.4 million dollars between 2019 and November 2020, to raise ample funds to back its nuclear and ballistic missile programs in violation of international law.

Last week, North Korea’s name was also dragged in a cyber attack supposedly undertaken for extracting information of Covid-19 vaccines, despite invalidating the claims at the start of the pandemic that the country has been hit by a coronavirus. In November, Microsoft claimed that Kim Jong Un’s nation was trying to crack into vaccine makers’ systems, by at times “masquerading as World Health Organisation representatives.” The company added that most of the attempts failed.