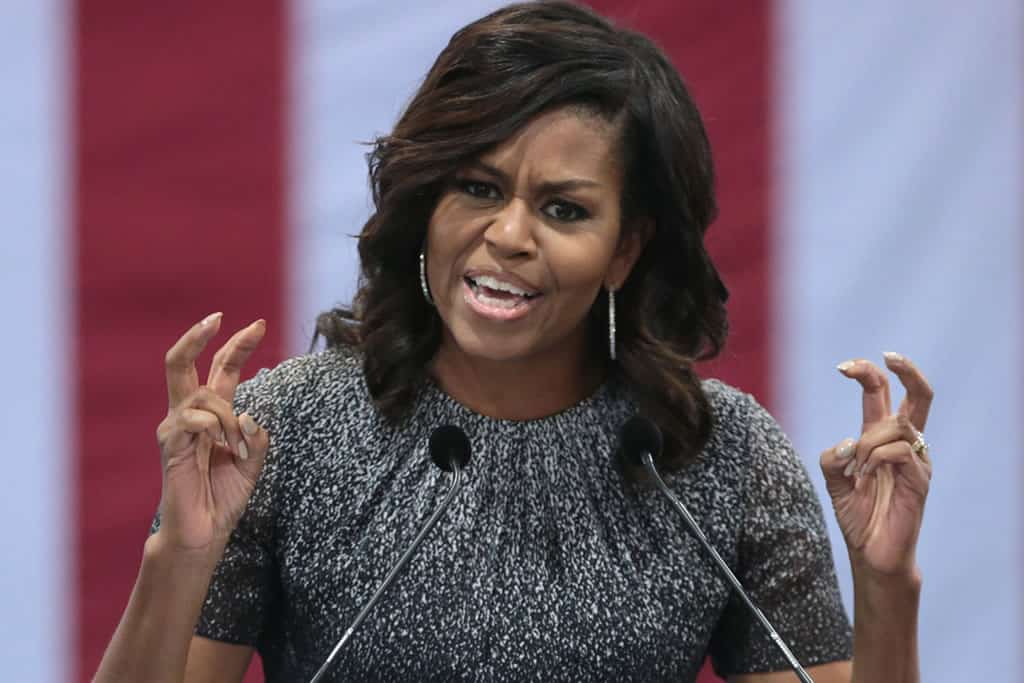 Michelle Obama attacks Trump and urges the Americans: “Vote as if your life depended on it”

The words of Michelle Obama close the first day of the Democratic Convention as a furious sentence, actually a kind of trial for Donald Trump. She affirmed that the president in office is unable to govern the country. “He sowed divisions, created chaos, encouraged white supremacists, racists, responded to protests over George Floyd death with tear gas. It is not what we need. It does not represent who we are. And look, it is not just a question of politics, the United States is lacking in character, dragged along by a president who has no empathy, that is, he is never able to put himself in the shoes of others.” She continued.

The former First Lady, sitting in the living room of her home in Kalorama, Washington, did not disappoint the expectations of the fans and the leadership of the party that reserved her place of honor in the virtual arena. His fifteen minutes of speech will remain in the memory of this electoral campaign. She reaffirmed that these are hard times for the US. “I see a lot of suffering, a lot of pain, but I also see beauty, hope, especially in those young-peon have taken to the streets and are showing what America really is, what we really are: compassion, the ability to react, dignity, solidarity.” Michelle stresses several times that she is not interested in politics, but means: it is not my job to deal with the manoeuvres, the balances, the compromises that will be necessary to keep the party together. That’s the role of the two candidates, Joe Biden and Kamala Harris, and the other leaders, starting with Bernie Sanders.

Her popularity, her transversal nature allows her to address the voters directly with an approach that transcends specific proposals and, at the same time, summarizes them all in a reference to the best history of the United States. “In these four years the country has changed: the administration of my husband and Joe Biden had ensured health coverage for another 20 million Americans, given the United States the leading role in the fight against climate change, defeated the Ebola epidemic. Today we have more than 160,000 dead, millions of people out of work, millions of families who are struggling to get food for their children, who are worried because they do not know if they will be able to send their children back to safe schools. This spectacle infuriates me.”

And “the show” has a clear responsibility. “Look, being president is a very difficult job. You need great clarity, masterful skills on complicated and often conflicting subjects. But above all it is necessary to know how to listen, to be aware that each of the 330 million American lives has a value.” Donald Trump, is the first conclusion, does not have these qualities. Quickly Michelle reaches the halfway point: “What should we do then? What is the strategy?”. The answer, of course, is only one: vote on November 3 for Joe Biden and Kamala Harris. “I’ve known Joe for a long time. It’s not perfect. No president is perfect. But he knows how to listen, he knows how to identify himself, he knows what suffering is because he has experienced it several times. He lost his wife and daughter and then yet another son. He knows how to put together a team of talents and how to lead them. He will follow the suggestions of the scientists and will make us deserve the consideration of our allies again.”

It is time for the final appeal. Smiling, the former premier dame says: “I know that not everyone will listen to me. I’m still a black woman speaking in a democratic convention. But I ask you to mobilize with the same enthusiasm, the same passion of 2008 and 2012. Get yourself Comfortable shoes, pack your backpack with sandwiches and line up until you get to the polling station. Or ask for your voting form in the mail today. Mail it in now and make sure it gets to your destination on time. This administration is doing all possible to sabotage the right to vote. That’s why we have to mobilize as if our life depended on it. Don’t think it can’t get worse than this. If Joe and Kamala don’t win, things will get even worse.”