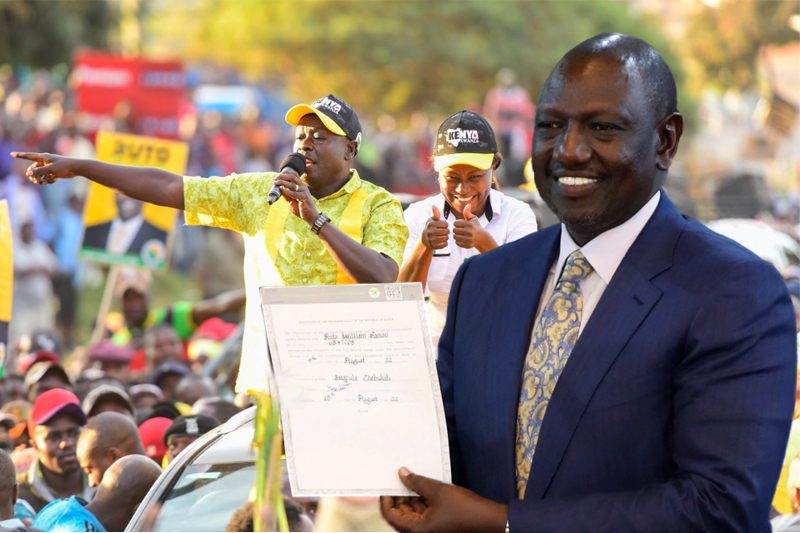 William Ruto has become Kenya’s fifth President since its independence, winning his first presidential election attempt. Ruto’s party, the Kenya First coalition party, has won a majority of seats in Kenya’s senate, which is the second highest in the National Assembly.

Earlier on Monday, Ruto’s rival Raila Odinga’s coalition had also rejected the election results even before they were announced by Kenya’s Independent Electoral and Boundaries Commission (IEBC). Odinga’s chief agent Saitabao Kanchory told the media addressing outside the national election center in Nairobi that they “had not yet been able to cross check the final result with their own tally”.

“Once we see them, we want to verify them, when we verify them, we will be able to know and to tell the Kenyan people, because a result that is not verifiable is not a result.” Kanchory told reporters awaiting the results announcement.

Meanwhile, Ruto’s supporters are rejoicing his well deserved win. “He started from the very bottom and has kept rising up, so it makes us hopeful that he will empower Kenyans at the bottom, because he knows what it’s like to face problems,” said Miriam Wangeci Karuga, 36, an informal worker in Nairobi.