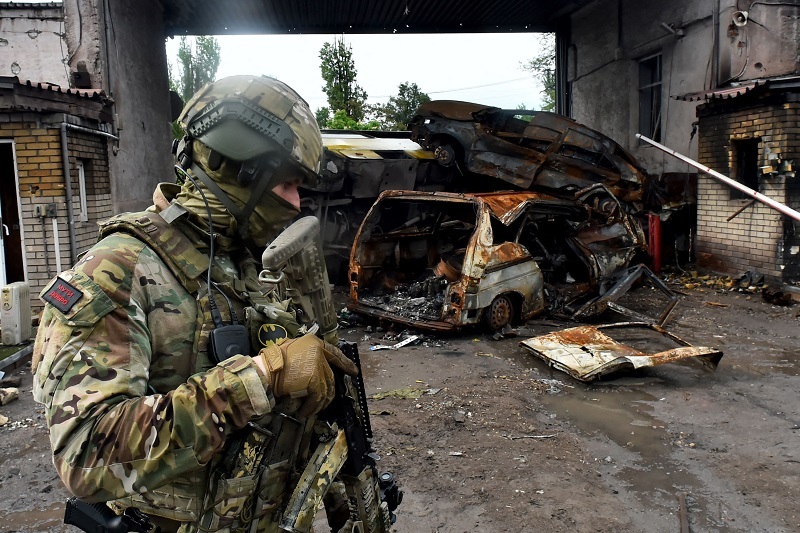 End of Ukraine war is by settlement, Putin hints on US preemptive strike concept

Speaking at a press conference in Bishkek, Kyrgyzstan, Russian President Vladimir Putin said that a potential settlement will end the Ukraine war while stressing that his “special” military operation in the neighbourhood is going as per the plans. “The settlement process as a whole, yes, it will probably be difficult and will take some time. But one way or another, all participants in this process will have to agree with the realities that are taking shape on the ground,” said President Putin.

“Everything is stable. There are no questions or problems there,” he said claiming the military operation has been a success and on trajectory as planned.

The Russian President added that Moscow could adopt, what he called as a “U.S. concept of using preemptive military strikes”. He also indicated saying that his country has the weapons required to do the job. “We are just thinking about it. They weren’t shy to openly talk about it during the past years,” Putin said, referring to the American policy.

Kremlin has, for past many years, expressed concern over Washington’s attempts towards developing the Conventional Prompt Global Strike capability “that envisions hitting an adversary’s strategic targets with precision-guided conventional weapons anywhere in the world within one hour”. Putin further claimed that Russia had already commissioned hypersonic weapons that can carry out such a strike. He also boasted about Russian now having cruise missiles that are highly capable to surpass their equivalents in the US.

Russian President Vladimir Putin also added during the press conference in Kyrgyzstan that more prisoner exchanges between U.S. and Russia are possible if the countries can find a compromise, as he noted that “compromises have been found” that cleared the way for exchange of US football star Whitney Griner for Russian arms dealer Viktor Bout. “Are any other exchanges possible? Everything is possible,” he said.