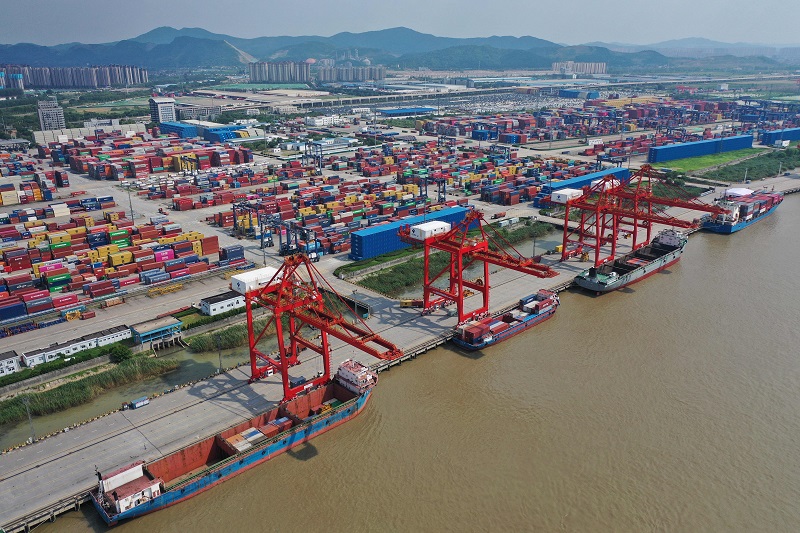 China’s export growth unexpectedly picked up speed in July, delivering a positive boost to the economy as it tries to rebound from a steep, COVID-induced collapse. On the other hand, imports continued to stay sluggish throughout the month.

According to official customs data released on Sunday (August 7), outbound shipments increased by 18 percent in July from the same period a year earlier. This represented the fastest growth rate seen so far this year. This compares to a 17.9 percent increase in June. Analysts had expected a gain of 15 percent.

When there was more and more evidence that global consumption was slowing, analysts anticipated a decline in exports.

A global factory survey that was released the week before last showed that demand had decreased in the month of July, with orders and output indexes falling to their lowest levels since the beginning of the COVID-19 epidemic in early 2020.

According to China’s official manufacturing survey, activity decreased in the previous month, which has raised concerns that the economy’s rebound from widespread lockdowns in the spring will be slower and more choppy than anticipated.

However, there were indications that the transportation and supply chain disruptions caused by the lockdowns were starting to improve, which came at the perfect time for shippers who were getting ready to meet the peak demand for holiday shopping.

According to statistics that was made public by the domestic port association in China, the volume of containers used in international trade at eight of the country’s most important ports increased by 14.5% in July, accelerating from the 8.4% increase seen in June.

Despite this, growth in imports was less than anticipated, which suggests that China’s domestic consumption is still struggling.

The year-over-year increase in imports came in at 2.3%, which was lower than the 1.0% gain recorded in June and fell short of the 3.7% increase that was anticipated.

As the government increases its expenditure on infrastructure, analysts anticipate a moderate pick-up in import momentum in the second half of the year, driven by construction-related equipment and commodities.

As a result of the low report on imports but significant growth in exports, China recorded a trade surplus of a record 101.26 billion U.S. dollars in the previous month. A trade surplus of $90 billion US had been anticipated by analysts.

Last week, the top economic planner in the country stated that the economy is currently in the “critical window” of stabilization and recovery, and that the third quarter is “important.”

Late in the month of July, the International Monetary Fund reduced its growth prediction for China for the year 2022 to 3.3%, down from 4.4% in April. The IMF cited COVID-19 lockdowns and the deepening crisis in the property sector of the country as the primary reasons for the reduction.