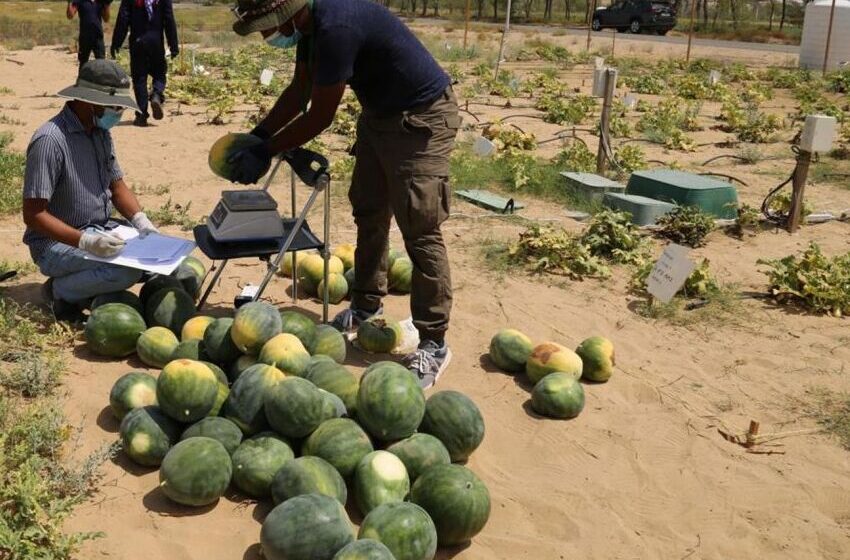 Desert Control, a Norwegian company, claims to offer a revolutionary approach for combating desertification. The Liquid Natural Clay (LNC) technique might transform desert sand into fertile soil in less than seven hours. Historically, the process took between seven and twelve years. This is a game-changing development that renews our hope for a cleaner planet.

Desert sand fertility is enhanced by the company’s exclusive LNC process. A unique clay mixture is transformed into a liquid component that conserves water and improves soil health through three processes: spraying, conserving, and growing.

CEO Ole Kristian Sivertsen notes that the method created by Norwegian scientist Kristian Olesen in the mid-2000s turns heavy clay into a liquid “nearly as thin as water.”

Using only water and clay, Liquid NanoClay is produced. The approach may turn thick clay into a liquid “almost as thin as water” by spraying it over the sands and allowing it to percolate to a depth of many tens of centimeters. The clay binds to the sand particles, creating a soil that retains moisture and is conducive to plant growth.

LNC is a non-intrusive method that can save water and fertilizer usage by up to 50 percent. Additionally, crop yields will increase by up to 62% as a result of the improved soil fertility. According to Desert Control, Liquid NanoClay’s effects last approximately five years until the created soil must be replaced.

With global desertification on the rise, inventions that enable plants to flourish in arid areas could assist many nations in securing their food supply.

She asserts that clay-rich soils contain more nutrients and water, “likely” reducing the requirement for irrigation. Hannam cautions, however, that desert ecosystems are fragile. She continues, “You are introducing something into that arid habitat that would not ordinarily be there.”

Desert Control is considering cooperating with a third party, such as ICBA, which has experience certifying agricultural systems under these conditions, in order to safeguard the ecosystem.

Desert Control is currently concentrating on the UAE, which imports almost 90% of its food due to the region’s arid conditions. Thus, despite the fact that the technology has already proven effective, there remains a financial barrier.

CNN adds that, given the huge regions that must be treated with Liquid NanoClay for agricultural activities to be viable, the process costs between $2 and $5 per square meter (11 square feet). However, Desert Control intends to develop devices capable of producing vast quantities of liquid nanoclay, which will drastically reduce expenses.

Isahane Elouafi, Director General of Dubai’s International Center for Biosaline Agriculture, stated, “If they are able to reduce the price and make it affordable for countries with the lowest incomes, it could have a huge impact on food security and the ability of many of these countries to use their own crops.”