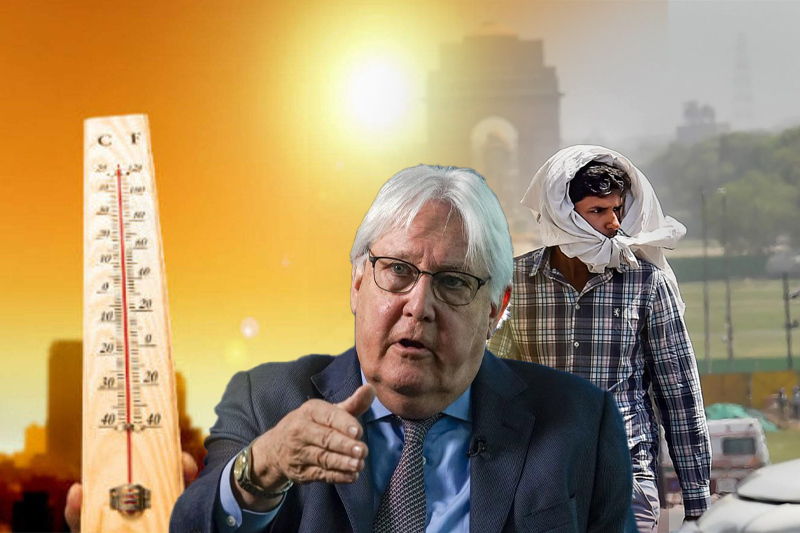 Every year the catastrophic heatwaves kill thousands of people, a harsh reality that is now risking overwhelming of the world’s aid response. The UN emergency relief chief has warned that the only way to tackle this is to take stern actions to mitigate climate change. “Without immediate financial help for the most vulnerable communities, the world faces a future of ever larger and deadlier heat disasters”, Martin Griffiths, the UN emergency relief chief told journalists in Geneva.

Mr. Griffiths was speaking at the launch event of a report that is published jointly by the UN Office for the Coordination of Humanitarian Affairs (OCHA) and the International Federation of Red Cross and Red Crescent Societies (IFRC). “The humanitarian system is not equipped, to handle crises of this scale on our own,” he said. “To avoid a future of recurrent heat disasters, we need massive and targeted investments, especially for the most vulnerable, and we need it now.”

Because of climate change, heat waves are becoming

The publication titled “Extreme Heat, Preparing For Heatwaves Of The Future”, includes recommendations and best practice adopted by developing countries that support long term adaptation to climate change. “Almost everywhere that reliable data is available, heatwaves are the deadliest weather-related hazard,” the joint OCHA and IFRC report states, “with society’s most vulnerable and marginalized people pushed to the front lines of climate change”, including labourers, agricultural workers and migrants.

“Projected future death rates from extreme heat are staggeringly high – comparable in magnitude by the end of the century, to all cancers or all infectious diseases – and staggeringly unequal, with people in poorer countries seeing far greater levels of increase,” the report states, citing research by the US National Bureau of Economic Research. The report further warns that informal urban settlements, among others, are similar to humanitarian camps that are highly vulnerable.

The report highlights that the regions that are already witnessing rising impacts of intolerable temperatures include the Sahel region and South and southwest Asia. According to the report, “a rising number of extreme heat events is expected to induce large-scale suffering and loss of life, population movements and further entrenched inequality”.