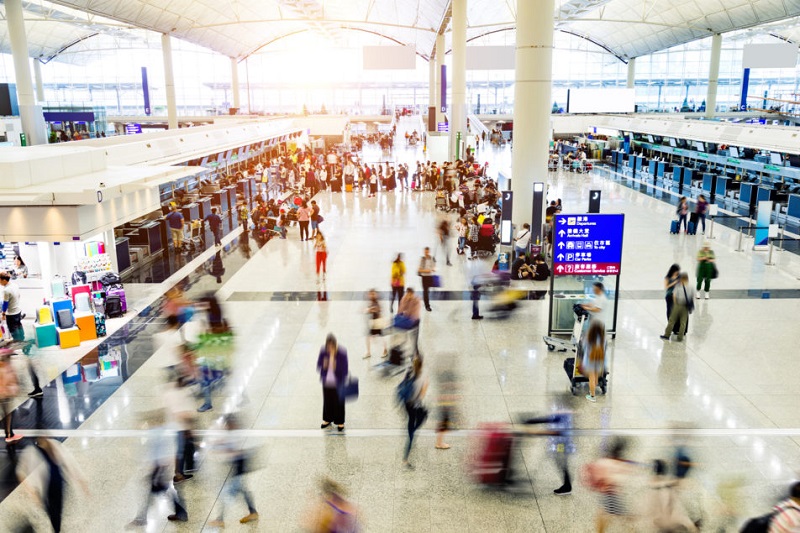 crowd of people waiting for check in

5 Busiest Airports In The World After COVID Pandemic

Air Transports are the fastest means of transport not only domestically but also internationally. Now, more than 500k passengers travel through airlines. Most of the time the airport seems to be a busy place.

In this article, we will consider the busiest airports in the world. This analysis is based on arriving, departing, transferring, and direct passengers. This data is provided by Airports Council International (ACI).

It is the primary hub of international airlines serving in Atlanta. Hartsfield-Jackson Atlanta International Airport is the 2nd largest and busiest in the world by passenger quantities and airplanes movement.

Dallas/Fort Worth International Airport is located across 2 nations. As per its size, it is the primary hub of American Airlines and considered the 2nd busiest airport in the world.

Denver International Airport has a revenue of over 26 billion dollars for the region of Colorado. It is the 5th-busiest airport in the United States, the world’s largest aviation market.

Positioned on the Northwest side of Chicago, Illinois, O’Hare International Airport is the 2nd busiest airport in the world and one of the most enormous transportation hubs in the United States.

This airport has also seen a 75.1% increase after the pandemic. 54,020,399 passengers have been recorded visiting this airport.

Positioned alongside the West Coast of the United States, Los Angeles International Airport is a gateway to a couple of worldwide locations, especially Asia and the Pacific.

There was 66.8% growth in the number of passengers at this airport. 48,007,284 passengers journey & their footfall make this airport 5th busiest airport in the world.