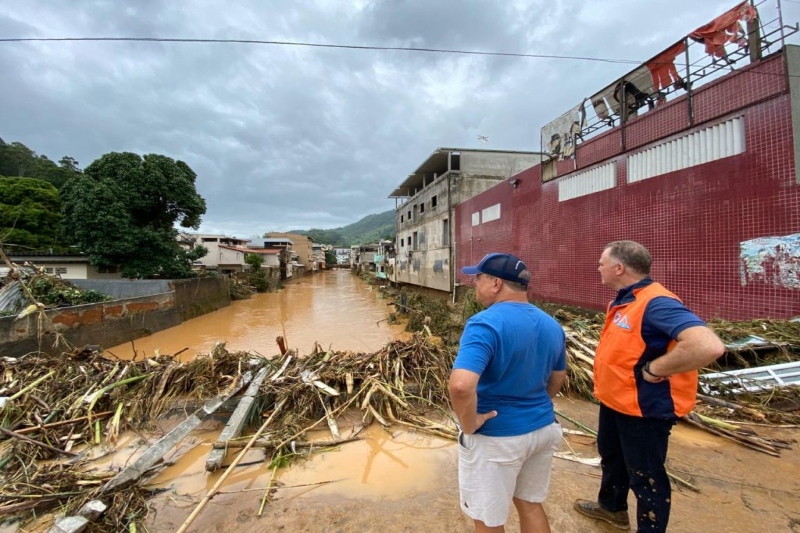 Heavy flooding in the northeast region of Brazil has cost the lives of at least 18 people, leaving 280 injured.

Governor Rui Costa told reporters that the floods reportedly affected 40 cities throughout the state of Bahia, while the city of Ilheus was one of the worst-hit.

“I can’t remember seeing anything of this sort in our recent history. Given the cities and the number of houses involved, the floods are truly terrifying. There are so many completely underwater streets,” an evidently afraid Costa said.

According to Bahia’s civil defence and protection agency, more than 35,000 people have been forced to flee their homes so far.

Meanwhile, according to Agencia Brasil, Brazil’s meteorological and disaster monitoring agencies have warned that there is a risk of additional landslides and floods in Bahia, with the chances of rainfall continuing until Tuesday.

On the other hand, two dams have given way in Bahia, swamping the already swollen rivers as flooding hit towns in the region.

On the Verruga river near Vitoria da Conquista in southern Bahia, the Igua dam collapsed on Saturday night, compelling authorities to evacuate residents, especially in the town of Itambe.

However, there were no reports of injuries or deaths caused by the dam failures, though roads and bridges were damaged.

Further towards a city of 200,000 inhabitants, on the coast in Itabuna, fire brigade teams rescued people trapped in their homes in the underwater area, reporters said.

Meteorologist Robert Shackelford said the Brazil National Institute of Meteorology issued heavy rainfall alerts for all of Bahia. He said conditions were expected to improve in the state from Tuesday onwards.