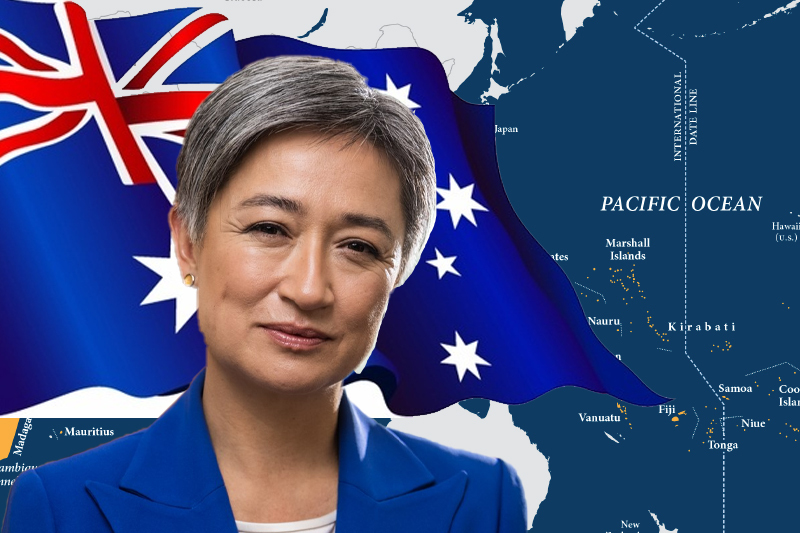 In a bid to strengthen its standing and influence in the Pacific region, Australia has signed a new security deal with the neighboring island country of Vanuatu. This also marks Australia’s second defense agreement sealed and stamped with another country in the region in just two months as a show of strength with growing rivalry for regional influence with China.

The signing of agreement was announced on Tuesday by Foreign Minister Penny Wong during a visit to Vanuatu as she called the move a proof that Australia remained the “security partner of choice” for the Oceania island country.

“We all have a responsibility to ensure our sovereign decisions enhance the security of all members of the Pacific and we’re deeply proud to be the Vanuatu principal security partner of choice,” Australian Foreign Minister Penny Wong told reporters Tuesday in the capital of Vanuatu, Port Vila.

Wong added that the agreement of security pact would enable increased cooperation between the two countries across a wide range of sectors including disaster relief, law enforcement and defense. Australia has signed a defense agreement with Fiji in October for enabling greater movement of military personnel. Similar agreements are in negotiations with Papua New Guinea. Earlier this year, China had raised alarm in the South Pacific region by signing a security deal with the Solomon Islands. China had also tried to sign deals with 10 Pacific nations covering wide sectors such as security and fisheries, but failed to secure the deals.

Australia has been countering China’s bid to expand its influence in the region by going on a deal signing spree of its own. After securing deal with Vanuatu, the Australian delegation led by Wong now will travel to Palau and then Micronesia. Palau is one of the few nations that continue to hold diplomatic ties with Taiwan instead of China. Palau President Surangel Whipps Jr. said, “There’s been pressure on us to switch to China, and Palau has been strong and saying that we are enemies to none and friends to all and no one should tell us who our friends should be.”