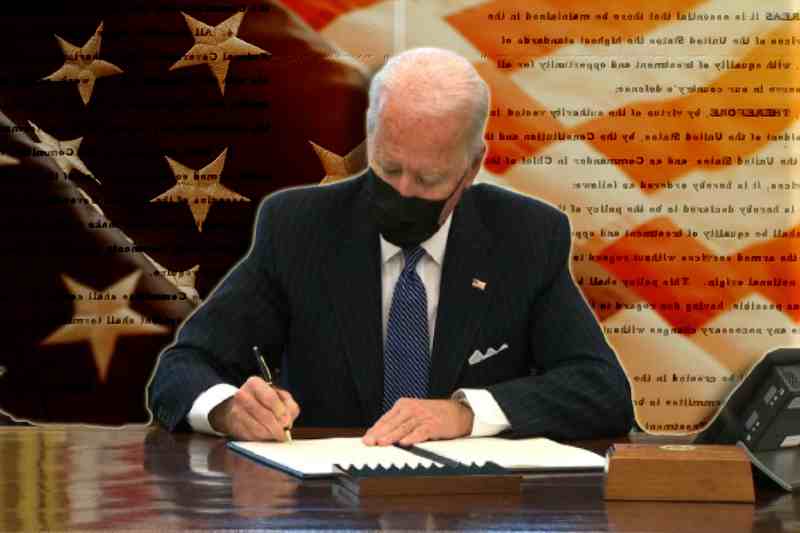 The Indian self sufficiency bugle might have rung the right bells amongst the leadership of the world, as America is also planning to focus on self sufficient manufacturing era.

Under the new leadership of Joe Biden, the US is planning to usher in an era of ‘Made in America’ revolution which is going to indirectly help those affected by the Covid-19 pandemic. Keeping his promise along with his campaign, Biden signed on an executive order that will help increase amount of federal spending that goes to American companies.

President Joe Biden would also be creating a new position of the Office of Management and Budget to oversee stepped-up purchases of domestic goods.

According to an American media agency, the president’s order also will make it harder for federal agencies to issue waivers allowing the government to purchase some products made overseas. Under the new rules, agency officials will be required to justify such choices to the White House.

The gaping holes showed at the Covid-19 times when America was forced to procure PPE from foreign players.  Despite rules stating a capping on foreign spending, every year, the federal government is said to be spending about $600 billion on contracting. However, waivers and loopholes have allowed even more foreign product to be purchased than the rules state.

Under the executive order, these loopholes will be addressed so that the taxpayers money is not wasted, in-house manufacturing facilities are given priority over foreign picks, and to address the structural inequality in the American economy as a whole.

While the American plan might not completely echo the Indian one, it does intend to go back to the basics, respect domestic produce and develop powers within than seek from outside.

The flipside of this is that it might increase the taxpayers’ spending and irk allies that have been happy with the Trump administration as he continued to beat their beat and not work for the larger good of the American people.

Switzerland asks for a seat on the United Nations Security Council, how has Swiss neutrality changed?
Ex-principal wanted by Australia over sex abuse counts extradited by Israel