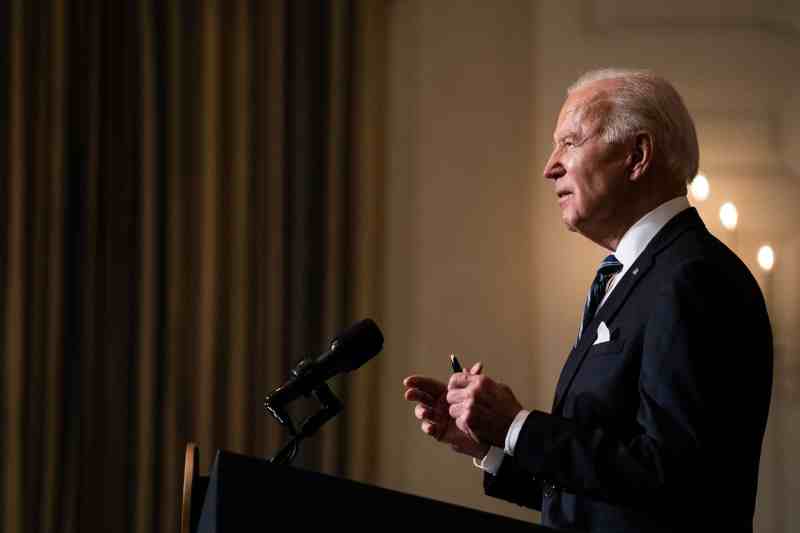 On Sunday, US President Joe Biden announced rolling back of all the expense cuts proposed by his predecessor Donald Trump. In a letter to Congress, Biden requested for withdrawal of about 73 expenditure cuts introduced by Trump during the last leg of his presidency.

Trump’s expense cut orders claimed to save about $27.4 Billion. It impacted almost every cabinet-level agency and federal programs. The list included the National Endowments of the Arts and Humanities, the legislative branch of the federal government, the District of Columbia, the Peace Corps, and the US Agency for International Development, among others.

The 1974 Budget and Impoundment Control Act, permitted the US president to reverse the order regarding the reduction of the budget funding, which otherwise was approved by Congress.

Trump brought in the cuts, also known as rescissions, during his December spending bill.

Last late December, while signing the budget cut bill, Trump said, “I will sign the Omnibus and Covid package with a strong message that makes clear to Congress that wasteful items need to be removed. I will send back to Congress a redlined version, item by item, accompanied by the formal rescission request to Congress insisting that those funds be removed from the bill.”

Besides the expense cuts, the new Democrat administration also announced its plans to introduce a covid relief package worth $1.9 trillion, much bigger than the Republican plan of $600 billion. On Monday, Biden administration invited about 10 Republican senators for discussion over the new proposed package for economic relief.

The meeting was organized after Republicans wrote a letter to Biden, urging him on Sunday to open his package proposal to the discussion rather than approving it straight away with Democrats’ votes in Congress. The Republican senators wrote, “In the spirit of bipartisanship and unity, we have developed a COVID-19 relief framework that builds on prior COVID assistance laws, all of which passed with bipartisan support. Our proposal reflects many of your stated priorities, and with your support, we believe that this plan could be approved quickly by Congress with bipartisan support”.