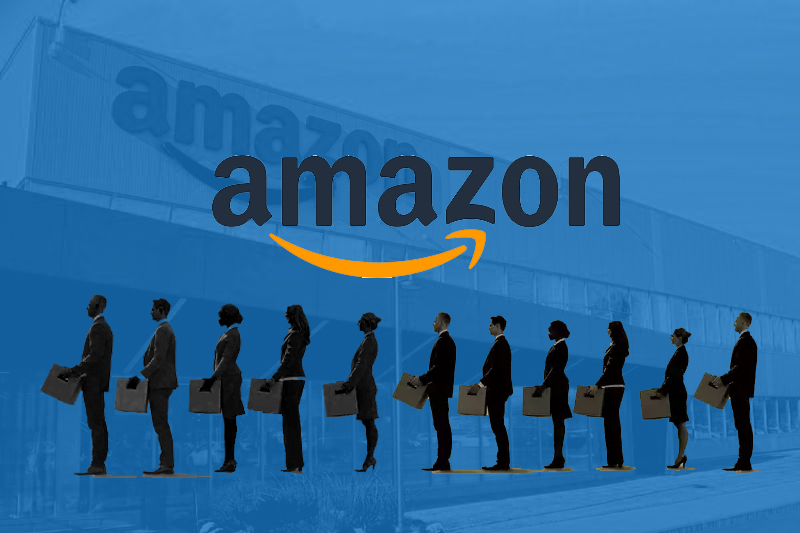 amazon to layoff thousands of employees in the sacking wave

Amazon to layoff thousands of employees in the “sacking wave”

Amazon is the latest tech company to sack its employees as it prepares to carry out layoffs of thousands of its employees as early as this week. It is reported that around 10,000 jobs will be cut off by Amazon as the sacking wave in the tech industry is creating a ruckus in the sector and job market. According to a close source, the cuts by Amazon will primarily be focused to the corporate workforce.

Amazon has become the latest tech industry, after Meta, Twitter, Salesforce among others, moving swiftly to reduce its workforce after a decade of boom in the job market of this industry. The news was mass job cuts by Amazon was first reported by The New York Times, calling it the biggest job cuts of the company’s history. Amazon had also announced a “broad hiring freeze among its white-collar workforce” earlier this month, a move that is expected to last at least for the next few months.

After decades of growth and being a favorite sector with investors, the tech sector is now witnessing chaos. The recent wave of layoffs shows how the companies are finding it difficult to raise capital amid the economic slowdown and looming recession fear. “The clock has struck midnight on hypergrowth for big tech,” said Dan Ives, a financial analyst with Wedbush Securities, as he highlighted that the massive job cuts at some of the largest companies of the tech sector means “a recession is on the doorstep.”

Amazon in particular has been in expansion mode for most of its history, from launching its Prime memberships to pioneering cloud computing to buying upscale grocery chain Whole Foods. The company, which brought in $469.8 billion in sales last year, said this summer it would buy health-care chain One Medical for $3.9 billion, mentions The Washington Post.

“We are seeing signs all around that people’s budgets are tight, inflation is still high,” Amazon Chief Financial Officer Brian Olsavsky said. “We are preparing for what could be a slower growth period, like most companies.”