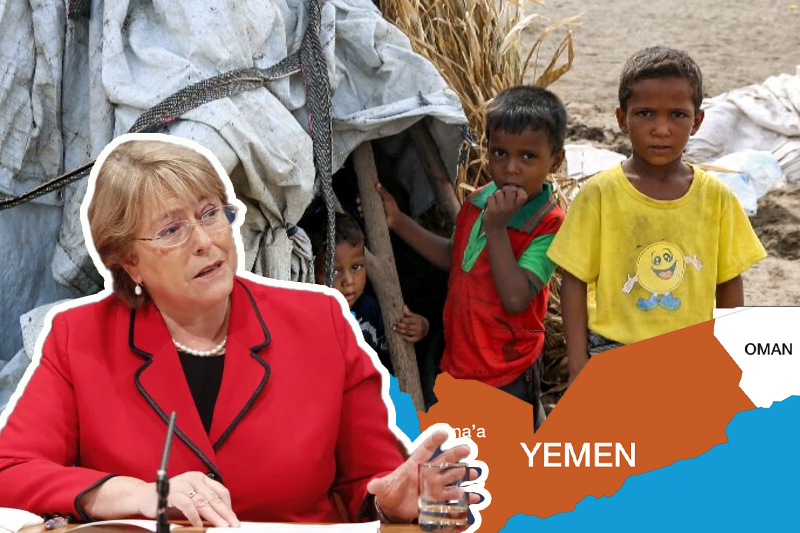 yemen truce needs to be extended for security of civilians

Yemen truce needs to be extended for security of civilians

Warring factions in Yemen are being urged for extending UN mediated truce after reports emerged of deaths and injuries of civilians from shelling and attacks. The truce had ended almost a month ago, that had started at the beginning of April. Human rights chief, Volker Türk, says that the grave concern is growing over the safety and security of civilians in Yemen.

The outbreak of Yemen war more than seven years ago had erupted between a pro Government, Saudi led coalition, and Houthi rebels along with their backers. What had resulted was an unparalleled humanitarian crisis in Yemen. The truce agreement, mediated by United Nations, had brought relative calm in the country. There was a notable reduction in number of civilian casualties, and also the flow of fuel deliveries to Hudaydah had increased with reopening of crucial Sanaa airport after being closed for years to commercial flights. But the expiry of truce in October without the warring sides reaching to an agreement to conflict has brought back the misery in country for civilians. In the last week of October, UN rights office, OHCHR, verified three incidents of shelling in Government-controlled territory that claimed the lives of a boy and a man, and wounded four boys, including two who required leg amputations, the UN News notes.

🇾🇪#Yemen: Attacks on civilians must end now. UN Human Rights Chief @volker_turk calls for extending the UN-mediated truce & for a negotiated settlement to bring the conflict to an end once and for all: https://t.co/S7watdc43e pic.twitter.com/7G03yXUWeX

The UN rights chief said on Friday that “all parties to the conflict must strictly adhere to the principles of international humanitarian law in the conduct of military operations and do their utmost to limit the impact of fighting on civilians”.

Spokesperson for OHCHR, Jeremy Laurence, said while briefing journalists in Geneva, “It is clearly evident that the suffering of the Yemeni people will continue until this conflict is brought to an end.” He added, “We therefore reiterate the calls of the UN Secretary-General who has said it is time for Government forces and their allies, together with Ansar Allah forces and their international backers, to choose peace for good.”