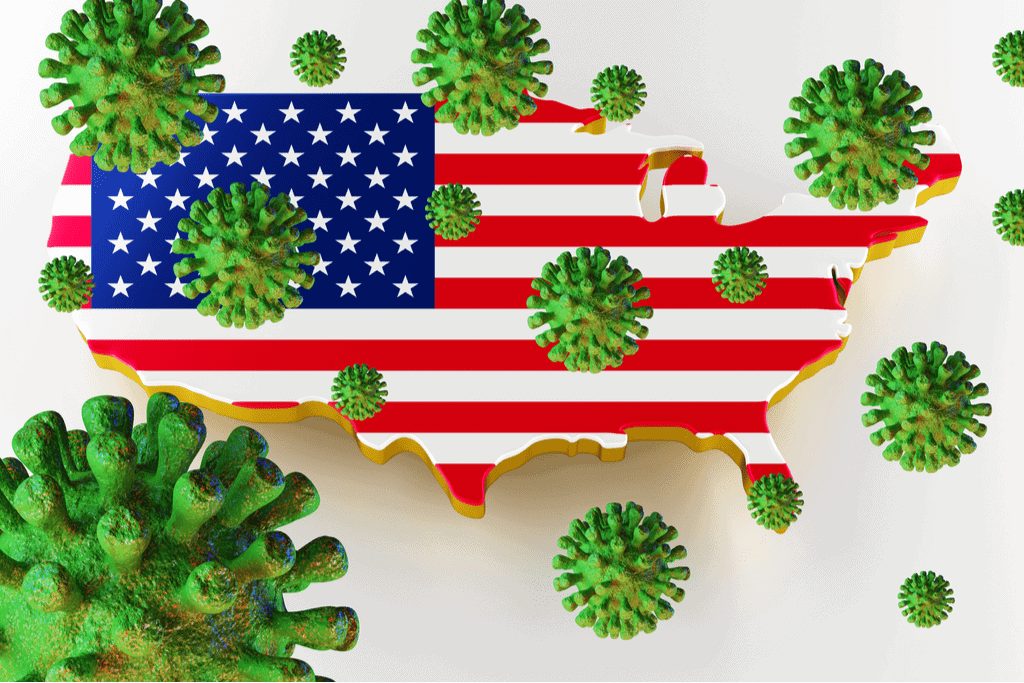 The coronavirus pandemic continues to run in the United States of America. The country recorded a new record of daily infections with 57,683 COVID-19 cases in 24 hours. And the virus is once again approaching the US President Donald Trump. The girlfriend of the eldest son Donald Trump Jr., Kimberly Guilfoyle, ex FoxNews television anchor and current top influencer of the campaign for the re-election of the tycoon, resulted positive Friday to the coronavirus test.

She is yet another person in Trump’s entourage to get infected. Kimberly has traveled to South Dakota for the Trump campaign event at Mount Rushmore. But she did not participate after receiving the result of the swab, while Trump Jr. resulted negative. Kimberly, who is 51 years old, shows no symptoms, and she didn’t have any contact recently with the president and her partner. She is now in self isolation.

The coronavirus epidemic in the USA continues to break record, the last peak of daily cases is the seventh in 9 days and has exceeded the world record held so far by Brazil -54,771 positive cases on June 19 – and the daily number ever reached by any European country at the peak of the infection. The situation continues to worsen in most American states with new outbreaks in the south and west,where hospitals are beginning to be overwhelmed by the number of patients.

In Florida there have been nearly 10 thousand infections in the last 24 hours, in Texas over 7,500; the latter, together with Arizona and California, accounts for almost half of the total number of new cases. Mississippi, Tennessee, Texas, Nevada and Arizona are experiencing records of hospitalizations. An alarming picture, stressed Anthony Fauci, the virologist of the National Institute of Allergy and Infectious Diseases, warning that the country risks ending up in “serious difficulty”.

As for now, cases are increasing in 37 out of 50 states: on the defendants’ bench, after the improvements recorded in California and other outbreaks such as New York, there is the lack of use of the mask in many states and the failure to comply with the rules of social distancing. For Trump, the increase in coronavirus cases is a consequence of the fact that “we are doing large-scale tests, much more and better than any other country”. “This is great news,” he said in a tweet on Thursday. “But even better news is that the mortality rate drops. In addition, young people recover much easier and faster!”.