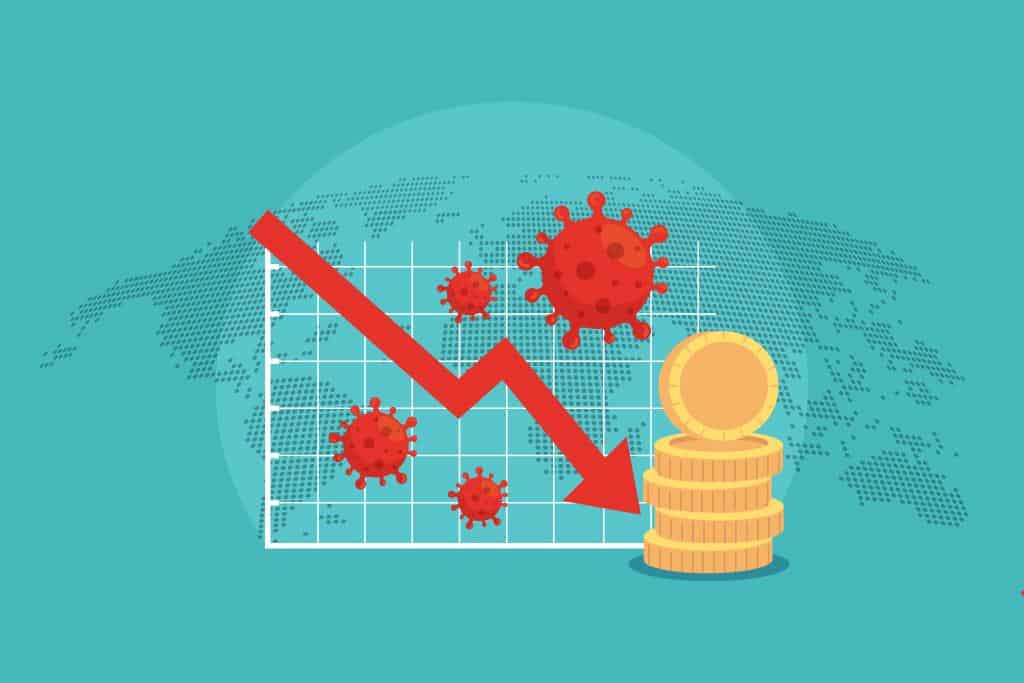 Beijing is in lockdown. The schools were closed, and the flights canceled, with decisions that brought the Chinese capital back in time, in early February, when the Asian country lived, before all the others, its moment of maximum emergency. The few hundred cases recorded in a city with more than 20 million inhabitants were enough to make the fear, or awareness, resurface with an arrogance that a return even to a semblance of normality is not yet possible. All this made the positive market estimates for the growth of collapse again worldwide, as the financial growth appears further away today.

According to experts, in a few months, we have gone from talking about positive global growth of almost three percentage points to having to deal with forecasts for a global recession in 2020. That could lead to a reduction in GDP up to 7%, worse than what happened during the Great Depression or in the period following the two world wars of the last century. Indeed, if at the beginning of the year there were 160 states for which an improvement in pro capita income was expected, today just 5 months later, this statistic has totally overturned.  According to agencies rate expectations, in 2020 there will be 170 countries that will experience a drop in per capita income.

In this context of a global slowdown, the Asian continent seems to emerge victorious. Although the health emergency started from there, and despite the risks of a second wave of infections, at the moment, in Asia, there are not only fewer Coronavirus deaths, but also less economic damage than the rest of the world. That should further widen the growth gap between developed and eastern countries, a trend that has been going on for several years and which has led many observers to define the 21st century as the Asian century, which comes after the European one (XIX) and the American one (XX).A continent in which China’s sphere of political and economic influence grows, even if it is mounting an anti-Chinese attitude in the world in general and also in some Asian countries. Just think of the continuous protests in Hong Kong or the recent clash on the border between India and China.

The other pole of the world, the one destined to leave the sceptre if the handover will take place, the United States, is today grappling with a mix of issues that could be fatal for President Trump’s re-election ambitions. If on the one hand, the Trump administration of the health emergency has been judged in many ways inadequate, on the other, the country in recent weeks has also been crossed by a wave of violent protests. The result is a gradual but constant loss of consent by Donald Trump, in January given for sure winner in the polls and now projected to 40%. In what promises to be a highly contested election, therefore, the chances of victory for the democratic candidate Joe Biden increase.

From a geopolitical point of view, however, the change at the top should not lead to a total back-front in the nationalist narrative. Although with more moderate and less unilateralist tones, probably the campaign will continue to focus on bringing the economy and work back to the USA. In a spirit of autarky, and desire to shorten the production chains, as we are observing in large parts of the world, and which could lead to a revision of the economic model currently in force. Without being able to speak of de-globalization, in a world that will remain highly globalized, however, significant pushes will emerge, with greater determination, towards integration on a regional basis: North America, Europe, and Asia.