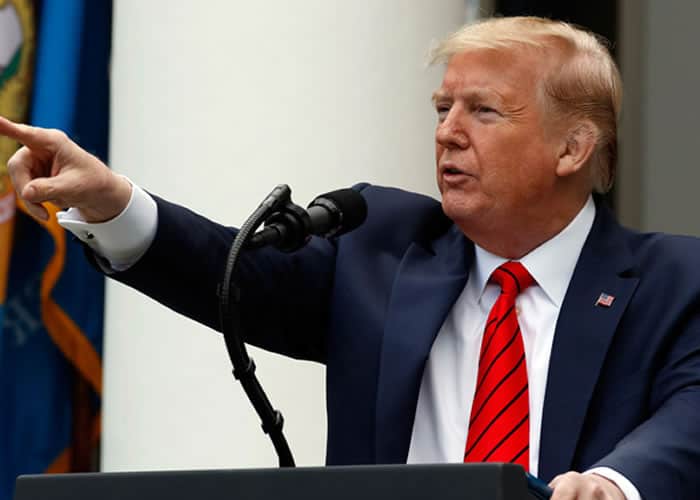 United States leader in the world economy without China, the Trump idea

The United States President Donald Trump, in the middle of the electoral campaign, spoke again about China and the project to strengthen the US as the undisputed leader of the world economy. Even without Beijing, the American superpower will be able to maintain its strategic economic, commercial, and productive influence on a global level. The incumbent president, determined to win the elections in November, is focusing heavily on economic recovery. And on the rivalry with the enemy China. For this reason, for Trump, one can also speak of Washington independence from Beijing as regards trade relations.

Donald Trump again raised the idea of ​​separating the US and Chinese economies, in what is known as decoupling, in a speech on Monday 7 September. The incumbent president vision is clear, as reported by Reuters: The United States would lose money if the world two largest economies stopped doing business. Tump anti-Chinese rhetoric is now a cornerstone of his electoral campaign. The hard-line against Beijing is one of the recurring themes and a strategy absolutely to confirm for the next four years.

Trump has promised that, in the future, his administration will ban federal contracts with companies that outsource to China and hold Beijing accountable for allowing the coronavirus to spread around the world. That is his mission statement: “We will transform America into the manufacturing superpower of the world and end our dependence on China once and for all. Whether it is decoupling or massive tariffs as I have already done, we will end our dependence on China because we cannot rely on it.”

Trump’s nationalization plan also provides for the reintegration of jobs from China to the United States and the imposition of tariffs on companies that leave America to create jobs in other countries, primarily an Asian nation. Will decoupling be in the US Republican agenda? Some officials and analysts argue that the economies of the two countries are so intertwined that such a move is impracticable but, Washington will continue to pressure Beijing to bend it to its will (especially when it comes to trade rules).

The president did not fail to praise his nation’s economic progress, painting a bright future for US power. Specifically, Trump predicted a real economic rebound next year and said the US is now at the final turning point regarding the coronavirus pandemic. The enthusiasm of the election campaign has translated into a scenario of great optimism: “We are currently witnessing the most rapid recovery of the labor market from a historic economic crisis. Next will be the biggest year for the country’s economy. “

Trump spoke three days after the Department of Labor reported the creation of nearly 1.4 million jobs in August and a drop in the unemployment rate from 10.2% in July to 8.4%. The United States recovered about half of the jobs lost during the pandemic, although economists and health experts fear that a revival from COVID-19 in the fall and winter could curb those gains.

How China threw out Australian Press from its Region
Europe’s longest serving dictator was challenged by three women: What happened to them? The unfolding!
Subscribe
Login
0 Comments
Inline Feedbacks
View all comments