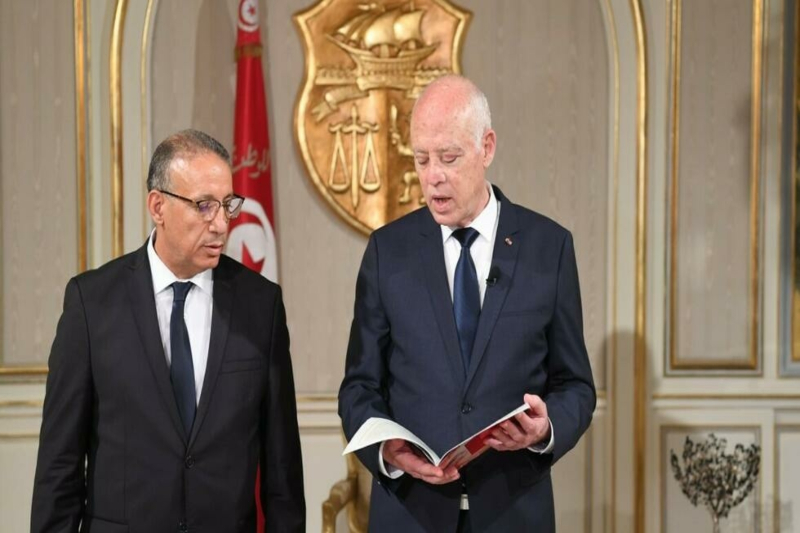 Just after five days after dismissing the government and freezing parliament, the president of Tunisia, Kais Saied, appointed and swore Ridha Gharsallaoui as his national security adviser to run the Ministry of the Interior. The two officials have spoken about imminent dangers to the North African country which came under increasing international and domestic pressure to form a new government.

Ridha Gharsallaoui is a top-ranking former police official. President Saied says that the state is not a puppet moved by strings, there are lobbies and corrupt individuals who have been pulling the strings from behind the curtains. The conditions at this historical moment forced me to take such exceptional measures.

Although, Tunisians are awaiting the appointment of a new prime minister and the announcement of a road map to find a way out of the crisis. Saied’s supporters have cast his intervention as a welcome reset for the 2011 revolution after years of economic stagnation under a political class that has often appeared more interested in its own narrow advantage than in national gain.

In this political turmoil, US Secretary of State Antony Blinken said that he had urged Saied to take action that would return the country to the democratic path and also urged the restoration of parliament. He added that the intentions expressed to him were to return Tunisia to that democratic path and to act in a way that was consistent with the constitution.

Gharsallaoui, who has served in the state security apparatus since the 1990s, was brought on by Mr Saied to serve as a national security adviser in 2020. Before taking this position, he has served in the Presidential Guard and is said to be a specialist in information and counterterrorism.

Earlier, Saied accused 460 businessmen of owing $4.9 billion to the state, citing the findings of a commission of inquiry into corruption under former strongman Zine El Abidine Ben Ali. He strongly believes that this money must be returned to the Tunisian people.