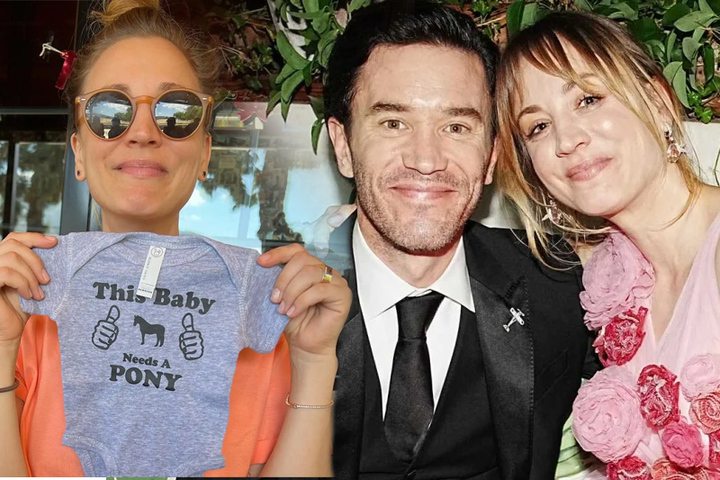 Kaley Cuoco will become a mom! The Big Bang Theory actress is expecting her first child with her partner, Ozark actor Tom Pelphrey.

Cuoco shared photographs of herself and Pelphrey clutching a cake with pink frosting on Instagram to reveal that they are expecting a daughter. She also tweeted pictures of a positive pregnancy test, her pregnant belly, and infant onesies.

“Baby girl Pelphrey coming 2023. Beyond blessed and over the moon,” she wrote in the post’s caption. “I <3 you @tommypelphrey!!!”

In May 2022, she and Pelphrey revealed their relationship on Instagram. Cuoco revealed that they initially met at the premiere of Ozark.

“We have the same manager, and we were set up by [her], which is so Hollywood,” she told USA Today in May. “It was love at first sight. We were immediately connected. I do feel like I’ve known him my whole life but I wasn’t ready for him. We’re ready to build a life together.”

Pelphrey also tweeted photos of himself and Cuoco, including one in which they are carrying “papa bear” and “mother bear” coffee mugs.

“And then it was even MORE BETTER. Love you more than ever @kaleycuoco,” he wrote.