Home » Pro-democracy protests is Thailand and the similarities to the Hong Kong’s anti-government dissents: How the young are leading the fight for democracy
By    Freelance Writer      October 22, 2020 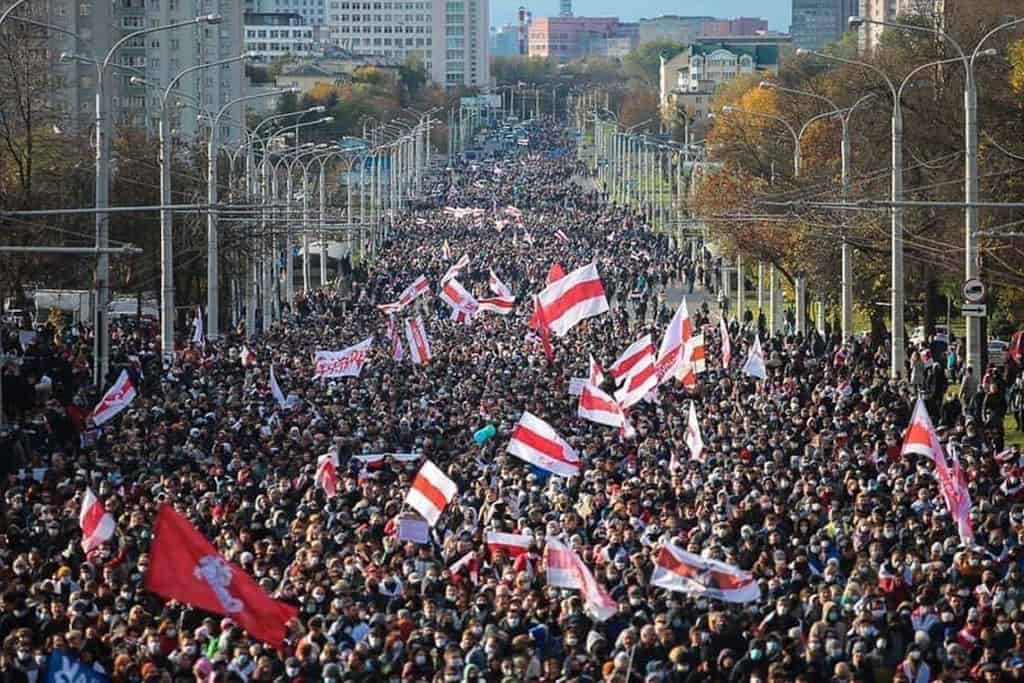 Pro-democracy protests is Thailand and the similarities to the Hong Kong’s anti-government dissents: How the young are leading the fight for democracy

Thailand is weeks into pro-democracy protests mainly led by young activists against the king and the prime minister, and the similarities with the protests in Hong Kong are pretty evident. The biggest one being how young are leading the way in quest of freedom and democracy. Thailand dissidents are adopting the tactics used by their Hong Kong counterparts.

Last Friday was the first instance of livid familiarity when protestors in Bangkok used umbrellas to shield them from tear gas fired by police force. This was seen last year in Hong Kong when the territory shook the world with its strong, resilient and widespread protests against Chinese authorities overtaking their freedom and democracy. Thailand’s movement, student-led, is taking inspiration from Hong Kong protests and fighting their fight for a change – from helmets, to hand held signals, gas masks and flash mobs.

After multiple arrests were made last week in Thailand protests, the activists have changed the stance now. “We are all leaders today.” The protestors remarked that they are not arresting leaders amongst us, for we all are leaders. “They can’t stop us.”

What kept on the momentum of seven long months of protests in Hong Kong, and is even continuing today, is the lack of centralized leadership. This has been defining for Hong Kong and is now adopted by Thailand dissidents. Like HK, use of Telegram app for secure messaging within protestors has skyrocketed in Thailand past few days. The app is being used to coordinate rallies, especially since government has banned any political gatherings of more than four people. The use of the hashtag #everybodyisaleader has been popularly growing on social media in recent days, a smart attempt to escape from state persecution.

A new sign language is being evolved in Bangkok; the founding seeds being taken from Hong Kong. To signal they need helmets, activists raise their hands above their hands in a triangle. By crossing their fingers they indicate someone is injured. Swirling an index finger in an anti-clockwise direction is a warning to disperse. Thai activists have amalgamated this sign language along with some freshly made signals which are shared through infographics on social media.

Another new incorporation is “jungle telephone”, an innovative communication method being used on Thai streets after loudspeakers were confiscated from protestors. A phrase like “water cannons are coming” is initiated by one and then passed on by all, like a loudspeaker.

Thailand protestors are demanding resignation of Prime Minister Prayuth Chan-ocha, a former coup leader who became premier last year post disputed elections. They are also calling for reform of Thailand’s powerful monarchy. Apart from local support and grievances, they are calling for global solidarity. The pro-democracy protestors’ alliance in the region, from Thailand, Hong Kong and Taiwan, have dubbed themselves as “Milk Tea Alliance”, a loose online coalition deriving the name from popular milk tea in the region. Hong Kong activists are showing support to their Thai counterparts by using #StandWithThailand on social media platforms.

Democracy activists are steering the wheel of change in the region and are “adapting to growing authoritarianism in a globalized world” and are using fast changing tactics to bring the change.