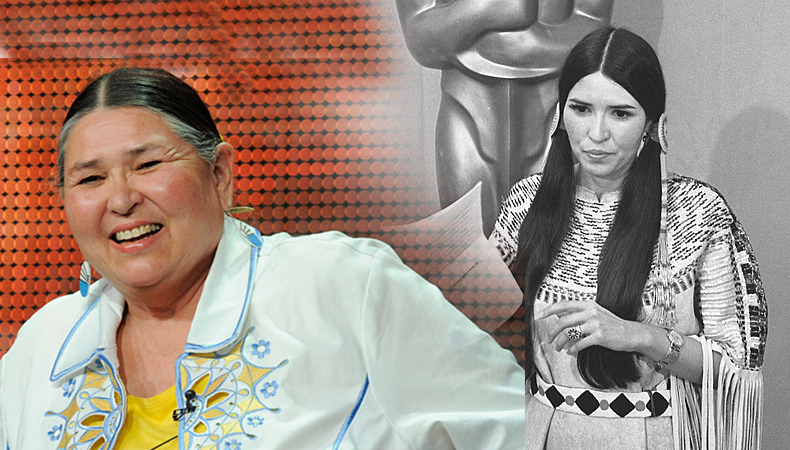 The Academy of Motion Picture Arts and Sciences has apologized to the actor and Native American activist Sacheen Littlefeather, almost 50 years after she was disrespected and harassed as she declined Marlon Brando’s Oscar. It was 1973 when Littlefeather became the first person in history of Academy awards to make a political statement at the Oscars ceremony.

When Brando was announced during the Oscars as the best actor winner for his role in “The Godfather,” Littlefeather took the stage and made a powerful statement about the depiction of Native Americans in the entertainment industry. During her speech, Littlefeather was applauded by some while booed by others. She recently claimed in an interview with the academy’s digital magazine, A.frame, that John Wayne had physically assaulted her and then had took her off the stage.

Brando, who was absent for the ceremony, had asked Littlefeather to go on stage instead of him and refuse the award on his behalf. She came to stage calmly and introduced herself as an Apache woman and president of the National Native American Affirmative Image Committee. “(Brando) very regretfully cannot accept this very generous award, and the reasons for this being are the treatment of American Indians today by the film industry,” she said to a mix of boos and applause, pausing and appearing visibly upset. “I beg at this time that I have not intruded upon this evening, and that we will, in the future, our hearts and our understandings will meet with love and generosity.”

David Rubin, the former president of the Academy of Motion Picture Arts and Sciences, in June issued an apology to Littlefeather for the mistreatment against her at the awards ceremony. “I write to you today a letter that has been a long time coming on behalf of the Academy of Motion Picture Arts and Sciences, with humble acknowledgment of your experience at the 45th Academy Awards,” read Rubin’s letter, that was published online on Monday. “As you stood on the Oscars stage in 1973 to not accept the Oscar on behalf of Marlon Brando, in recognition of the misrepresentation and mistreatment of Native American people by the film industry, you made a powerful statement that continues to remind us of the necessity of respect and the importance of human dignity.”

“The abuse you endured because of this statement was unwarranted and unjustified. The emotional burden you have lived through and the cost to your own career in our industry are irreparable,” the statement continued in part. “For too long the courage you showed has been unacknowledged. For this, we offer both our deepest apologies and our sincere admiration.”

Littlefeather has said that the apology has been long overdue. “Regarding the Academy’s apology to me, we Indians are very patient people — it’s only been 50 years! We need to keep our sense of humor about this at all times. It’s our method of survival,” she said in a news release.